Whether you toast Christmas and New Year with the bubbles from France, or the vineyards of South Africa or Italy, it is the way to celebrate. Another reason to let the Sparkling corks fly, is to mark the 50th anniversary of South African Cap Classique, a sparkling wine made in the same traditional method as champagne. But only Champagne from the Champagne appellation in France, can be labelled as such. 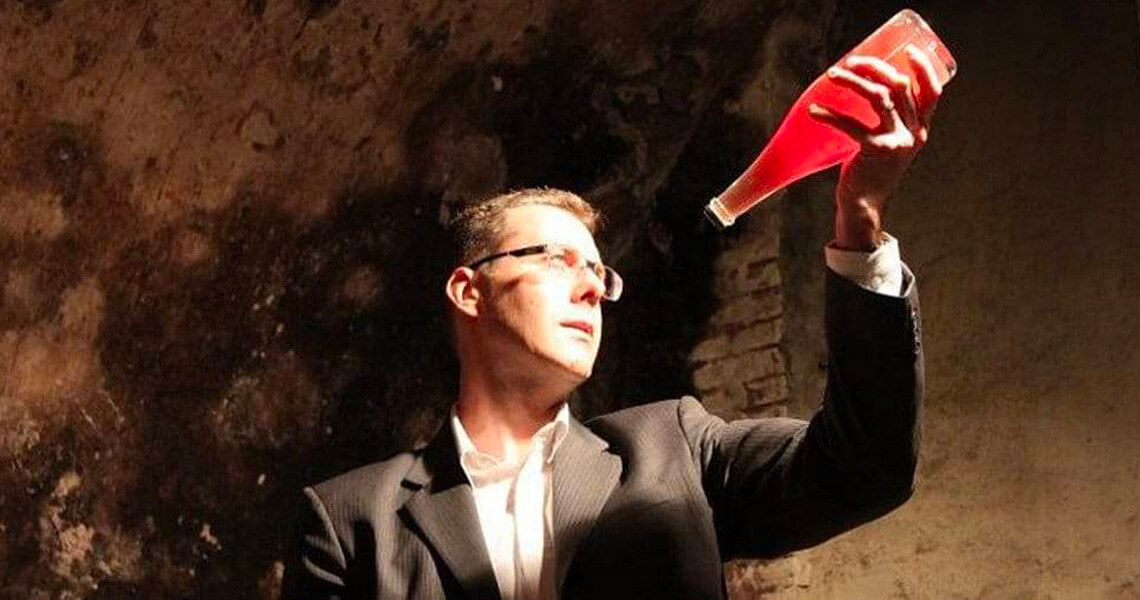 Champagne and Cap Classique is primarily made from Chardonnay, Pinot Noir, and Pinot Meunier grapes. Prosecco is an Italian sparkling wine made from Glera grapes. In all three cases, the original still wine undergoes primary fermentation and bottling. Then a second fermentation occurs in the bottle, when sugar and yeast is added. The loved bubbles are a natural by product of this secondary fermentation.

In Prosecco, the second fermentation mostly happens in a large tank. Some Prosecco styles do also have lees aging or are made in the traditional method.

These two production methods result in very different flavors. The closer contact with the yeast in the traditional method results in more bread, brioche and toast, as well as citrus flavors.

The yeast has less of an influence on the tank made Prosecco and is thus more about the fruit flavor profile of the Glera grape, associated with pear, apple, honeysuckle and floral notes.

It is believed that the French monk, Dom Perignon, invented champagne in 1697. Monks dubbed early vintages of Champagne “the devil’s wine” because the bottles tended to explode. Improvements to both bottle and cork developed over hundreds of years.

Jeff Grier from Villiera Wines says bottle fermented sparkling wine began at Simonsig 50 years ago, but the category only gained momentum in 1992 when the Cap Classique Producers Association (CCPA) was established. “However, this event may not have occurred without the pioneering efforts of the early producers.”

Jeff will celebrate with Villiera Tradition. “The festive season is a fun time and even this year, I doubt people will be in the mood to be too serious. Cap Classique lovers are likely to buy something beautiful and balanced. Our Villiera Tradition NV fits the bill. It is regularly regarded as SA’s best value Cap Classique, although it was awarded a Veritas Gold medal this year and was one of 5 finalists in the Diners Club Winemaker of the Year competition. Tim Atkin also rates it over 90 points most years. Enjoy well chilled or even as an Aperol spritz, with a slice of orange.”

Jeff says Cap Classique has a sparkly future. “More zero dosage and extra Bruts will be made, also more attention to single vineyard Cap Classiques and terroir-based products. More Prestige Cuvees involving extra time on the lees will appear and the luxury end of the spectrum will fill out.”

Pieter Ferreira, Chairman of the CCPA, who is also the cellarmaster at Graham Beck and produces Cap Classique under his own label, says Cap Classique speaks of our natural treasure – sunshine.

“My choice for the festive season is Graham Beck Blanc de Blancs 2015 (current release in the USA) served with freshly chugged oysters and shellfish. Make sure you have enough in the fridge. This is a great aperitif. Serve your favorite in a larger bowl stemware than in an ordinary flute.”

Pieter celebrates 30 years at Graham Beck and singles out two highlights: in 1994 the Graham Beck Brut was used at Nelson Mandela’s inauguration and also drunk by Barack Obama in 2008.

He says due to the diversity of South African winelands’ geographical areas, many varied styles emerge from the Cape Winelands. The Nectar style is currently enjoying the limelight.

He says it is said that Cap Classique currently doubles every five years. “This is extremely exciting. So hopefully we could get more different Cap Classiques to the USA. “Please find your Cap Classique favorite and help us to celebrate our 50 years.”

Pieter says Cap Classique will feature very prominent in his Christmas break. “It has really been a tough year and we need to celebrate that we made it through a pandemic. It is always special to enjoy a great glass of Cap Classique with those dear to us – to celebrate what matters.” 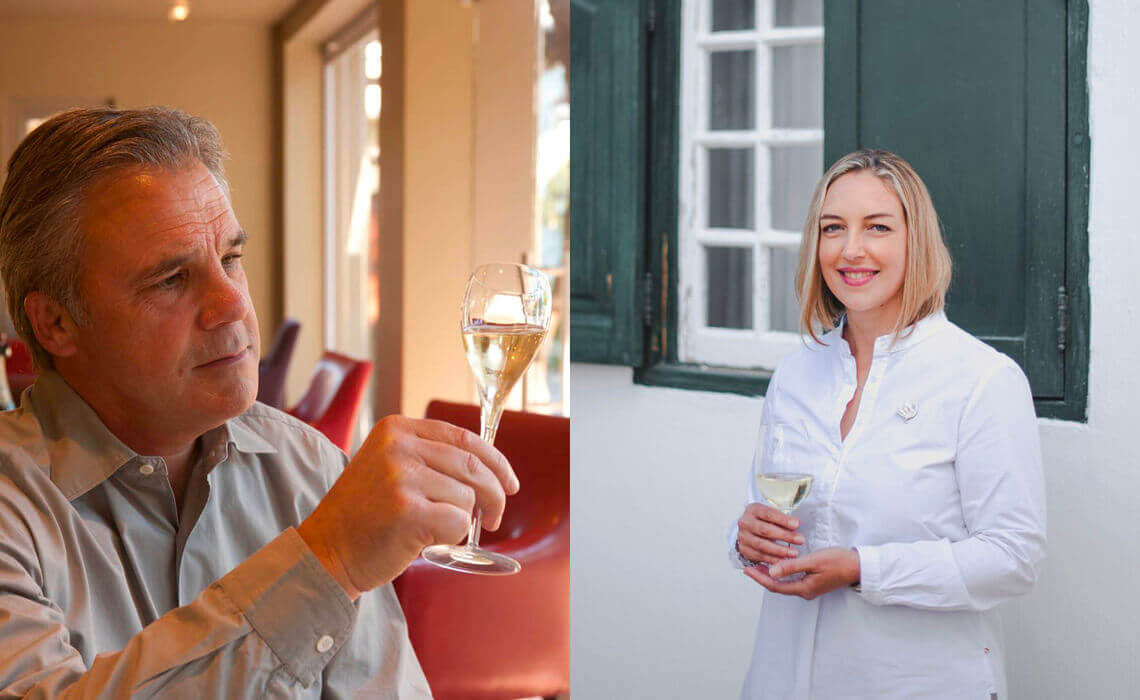 Elunda Basson, Cellarmaster & General Manager at Steenberg Vineyards says, “Our quality is comparable with the best in the world and our producers are unified in our approach to make this category world-renowned. We offer a proudly South African version of a traditional method of sparkling wine, at premium quality and affordable.”

Their most popular festive Cap Classique is the 1682 Chardonnay. She would serve it in a magnum, “because more is better”. Elunda suggests serving bubbles with dessert for a change. Panna cotta is a particular treat; any fruit-based tart or crepes; or anything with shortbread.She is excited about the future. “We see many celebrities aligning themselves with Cap Classiques, which adds to its image and aspirational values.”She says “Cap Classique makes me happy and after a year like 2020, all the world really needs is another glass of Cap Classique. We spend our holidays at the beach and a daily dose of bubbly is compulsory!” 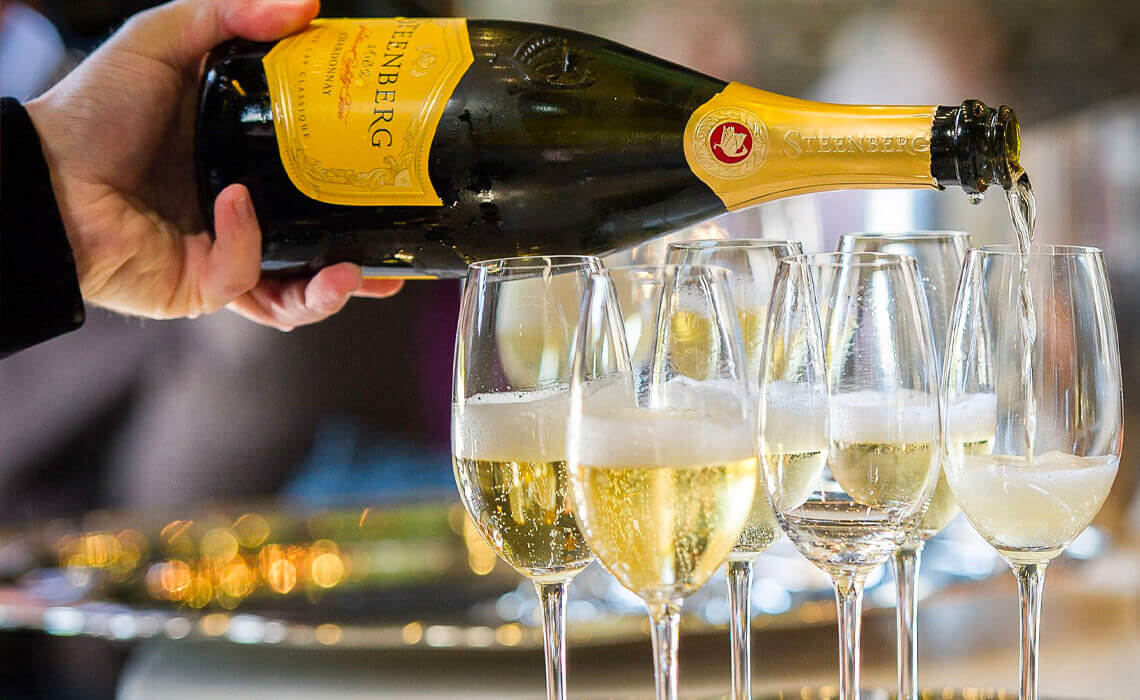 How to Pair Your Festive Eats with Festive Drinks

With the festive season on our doorstep it’s no secret that we all love to indulge this time of year with something de...

The Winemaker and Young Winemaker awards, focus on quality and recognizes excellence. It celebrates vintners’ skills a...