Luxury in a converted turbine overlooking the water

The 5-star Turbine Boutique Hotel and Spa on Thesen Island in Knysna’s intuitive architecture pays homage to this former power station and offers a wine and dine experience overlooking the lagoon and the waterways of the island. The quirky and eclectic hotel on the world renowned Garden Route, comprises of 26 rooms – luxury hotel rooms, standard rooms, a honeymoon suite and 2 expansive self-contained suites adjacent to the hotel. 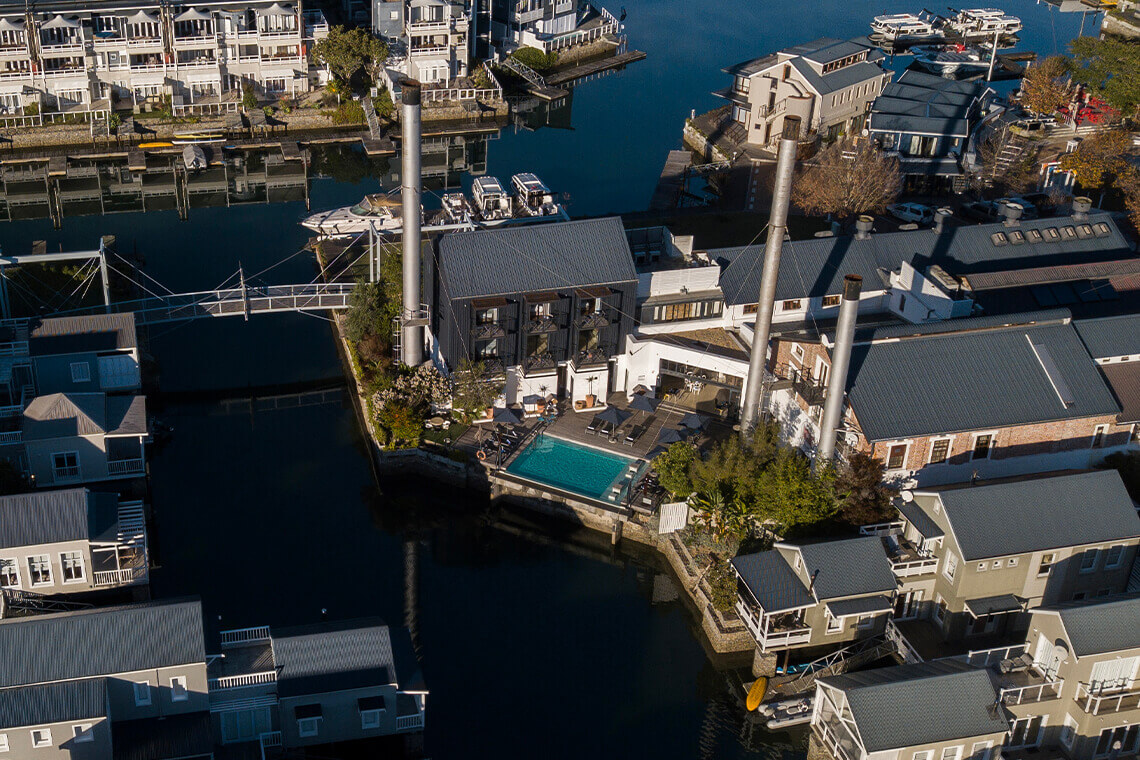 Aerial shot of the Turbine Hotel

The Thesen family moved from Norway to Knysna in 1870 and founded numerous businesses in the town, and in 1904 Charles William Thesen bought Paarden Island (now named Thesen Island). He began processing timber on the Islands in 1922. Wood waste from the timber mill was subsequently used to start a power station which generated electricity from turbines and this eventually supplied the towns of Knysna and Plettenberg Bay with electricity until the mid 1970s. The various structures were relocated around the island, often without documented plans, and were part of the national power grid for many years. The current power station site, which now hosts the Turbine Boutique Hotel & Spa and Island Café, was built in 1939/1940. 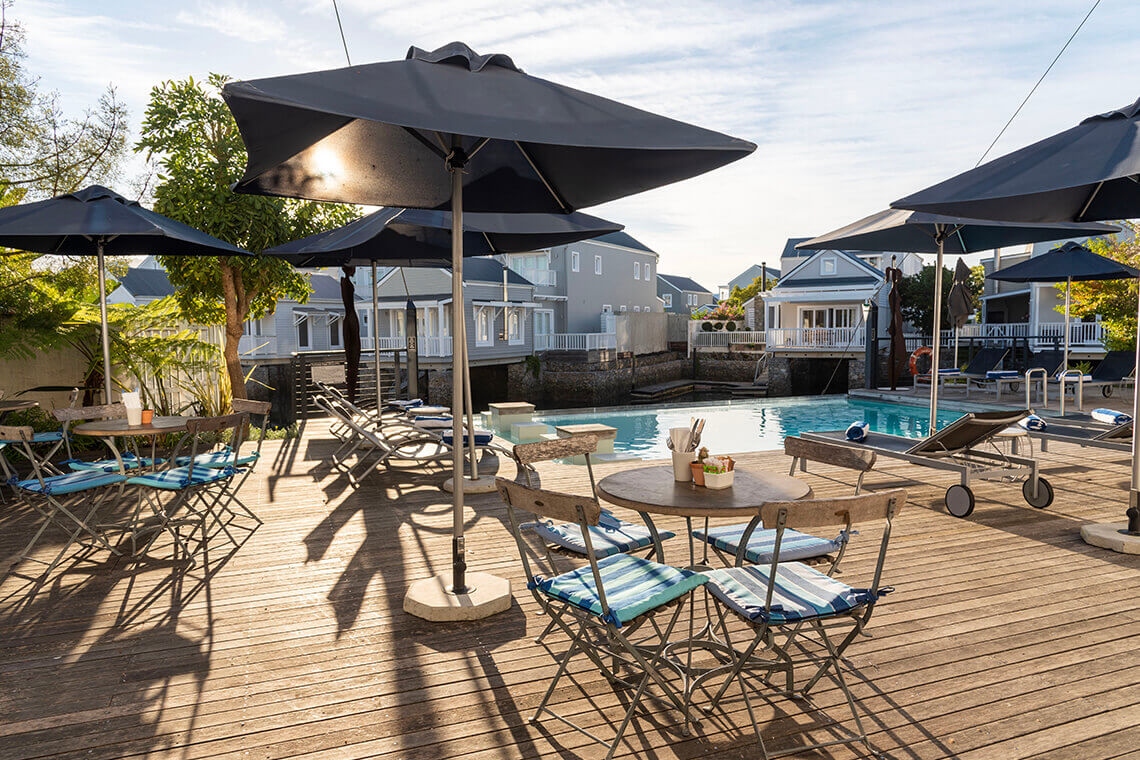 A beautiful setting amongst the industrial fixtures 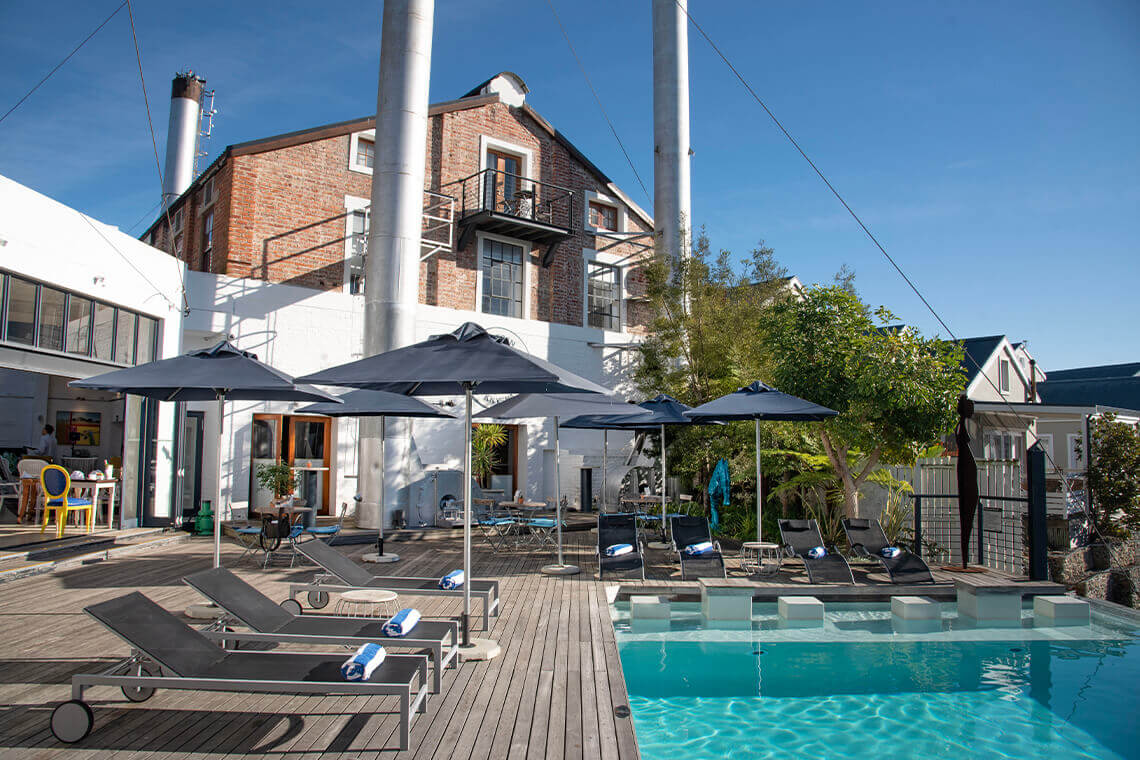 Guests can relax by the pool after a soothing spa treatment

Today this island is an internationally acclaimed marina development housing the Thesen Harbor Town with its shops, restaurants and hotels, together with 596 residential houses and apartments, 19 interlinked islands and numerous canals. The last day of operation of the power station was 26 June 2001. A museum concept never materialized and the site was sold to the current Hotel owner and operators, Geoff Engel and Dandre Lerm-Engel, in September 2007. Rezoning, approvals and building of the site took almost 3 years and the full operation commenced trading on 12 August 2010. 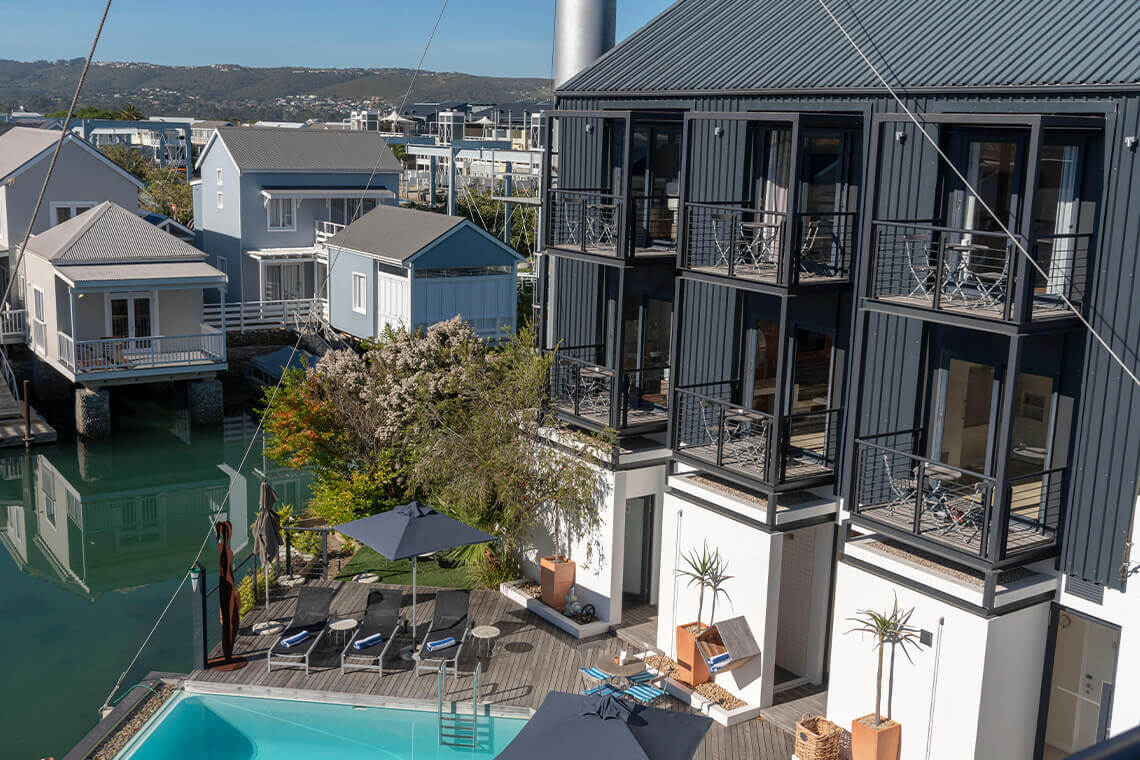 The Turbine hotel stands tall against the Thesen Island backdrop 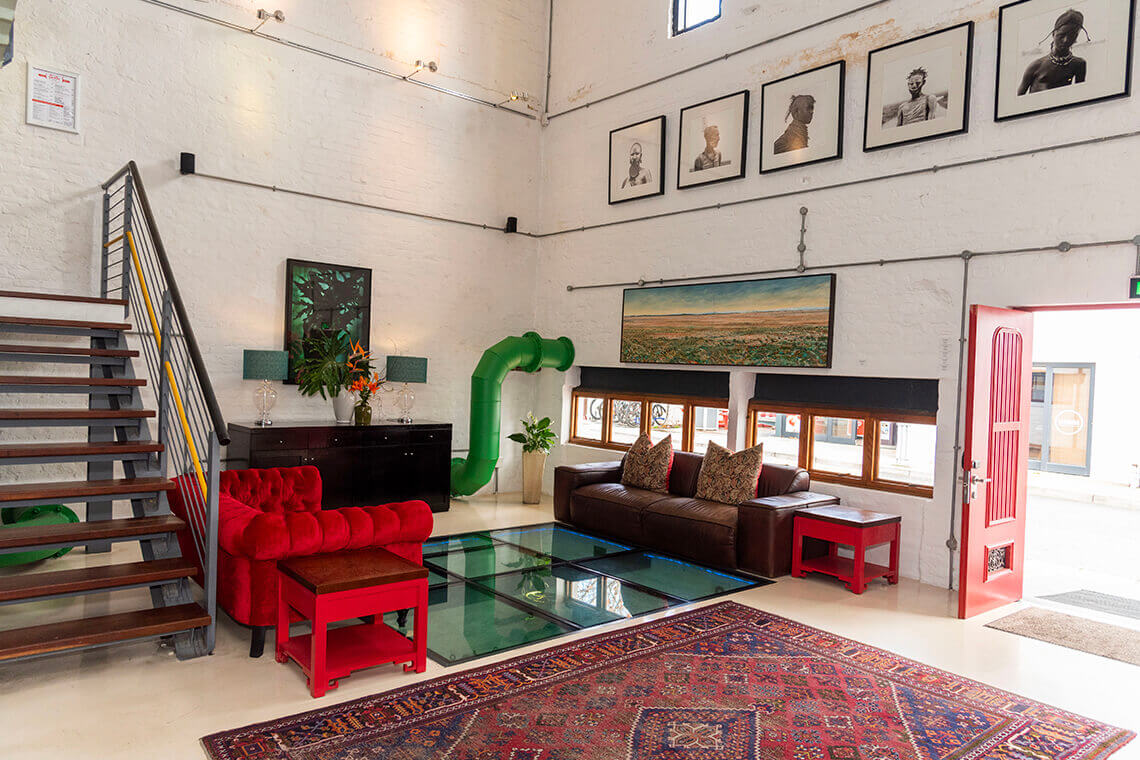 A look inside the hotel lobby

The original wood boiler, four electricity generators and much of the equipment have been fully restored and blend in with the hotel’s décor themes. Each bedroom has been individually decorated and is themed and named to reflect the rich cultural, historical and geographic diversity of Knysna. The hotel is also home to the Island Café Restaurant with tables overlooking the canals, pool deck or tucked between the original refurbished turbines. The Gastro Pub offers classic pub meals with a delicious twist and lagoon sunset views. The Turbine Spa has a wide range of treatments for day visitors as well as hotel guests and, the hotel’s very own adventure centre, the Turbine Water Club, arranges a variety of water- and land-based activities such as lagoon cruises, forest walks, city tours and bicycle hire. If you are planning a road trip, be sure to read about another terrific hotel that is also on the garden route here. 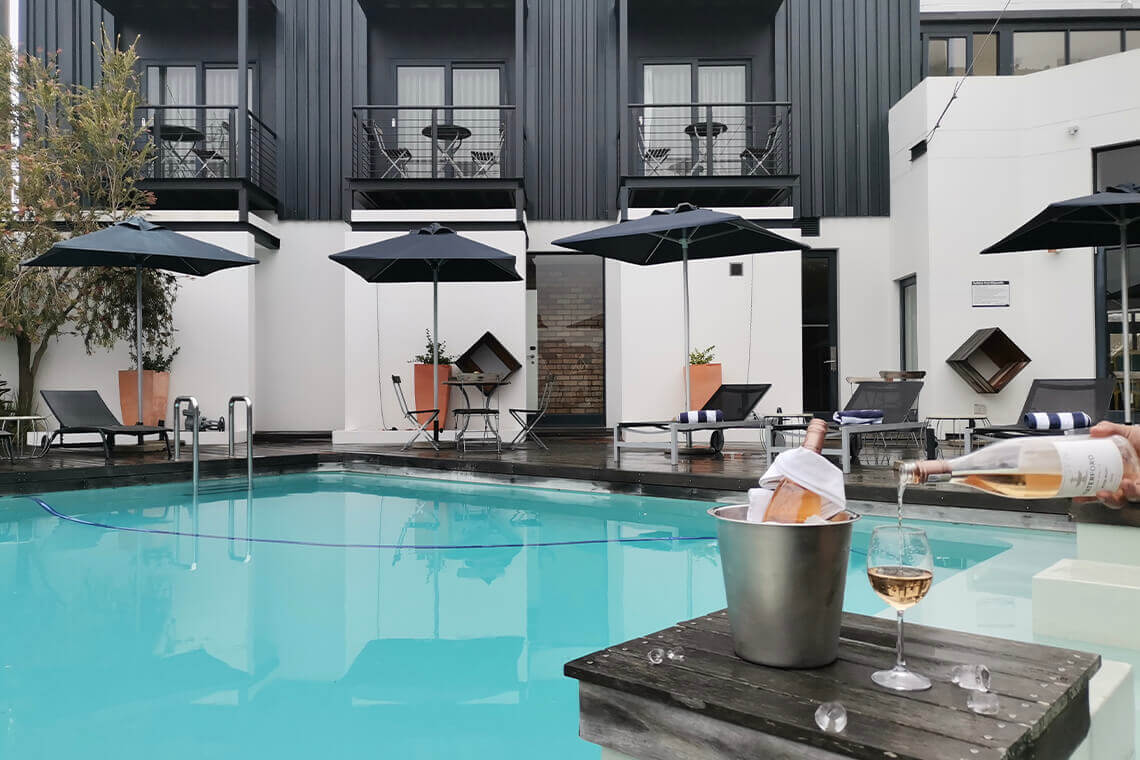 Waterford Rosemary served at the pool 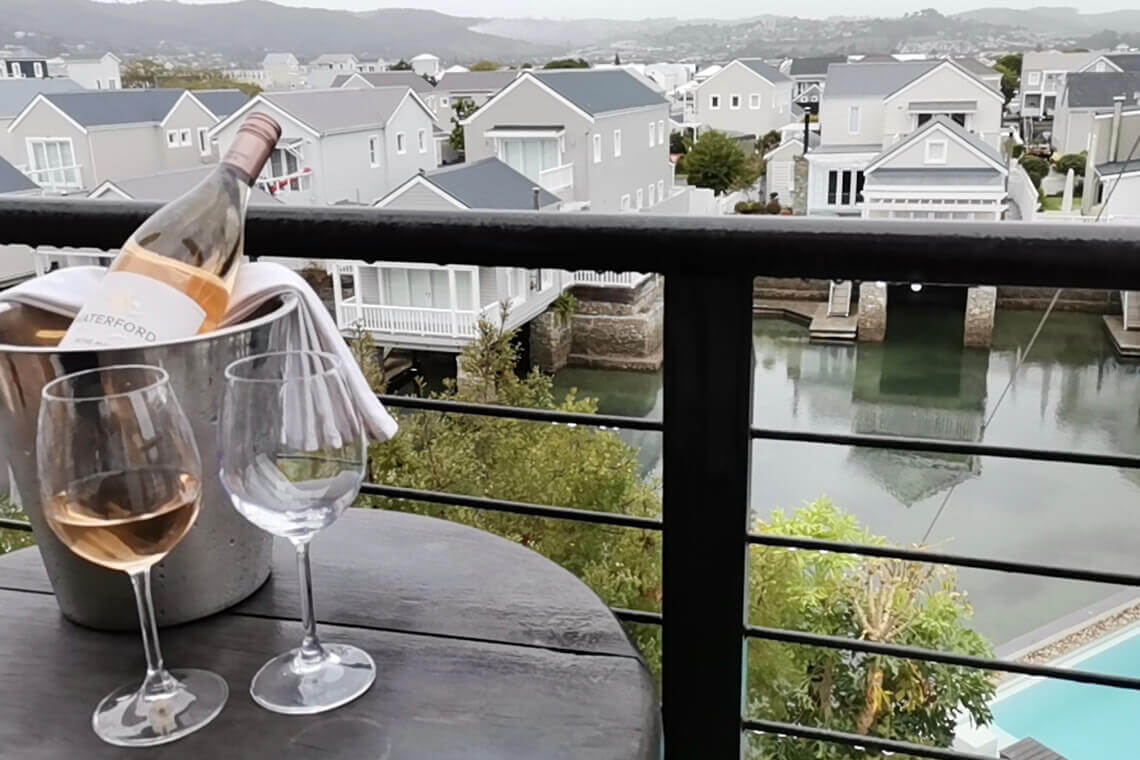 Wine with a view

The new head chef Greg Coleman cooks hearty fare. He is an award-winning culinary professional with more than 20 years’ experience in the hospitality industry. Greg received his early mentoring at the Mount Nelson Hotel. Together with the general manager, Chris Schutte, they compiled an interesting winelist comprising some of South Africa’s premium wine farms which features Rosés from Stellenbosch wine farms Waterford Wine Estate and Zevenwacht Wine Estate; white wines from Elgin’s Paul Cluver Wines and Franschhoek’s Boekenhoutskloof; and Pinot Noir Chardonnay from Haute Cabrière– the home of Pierre Jourdan. He says if you make the recipe below at home, try it with the Diemersfontein Reserve Pinotage 2018.

The winelist recieved a Platinum award in the 2016 Diners Club International competition. 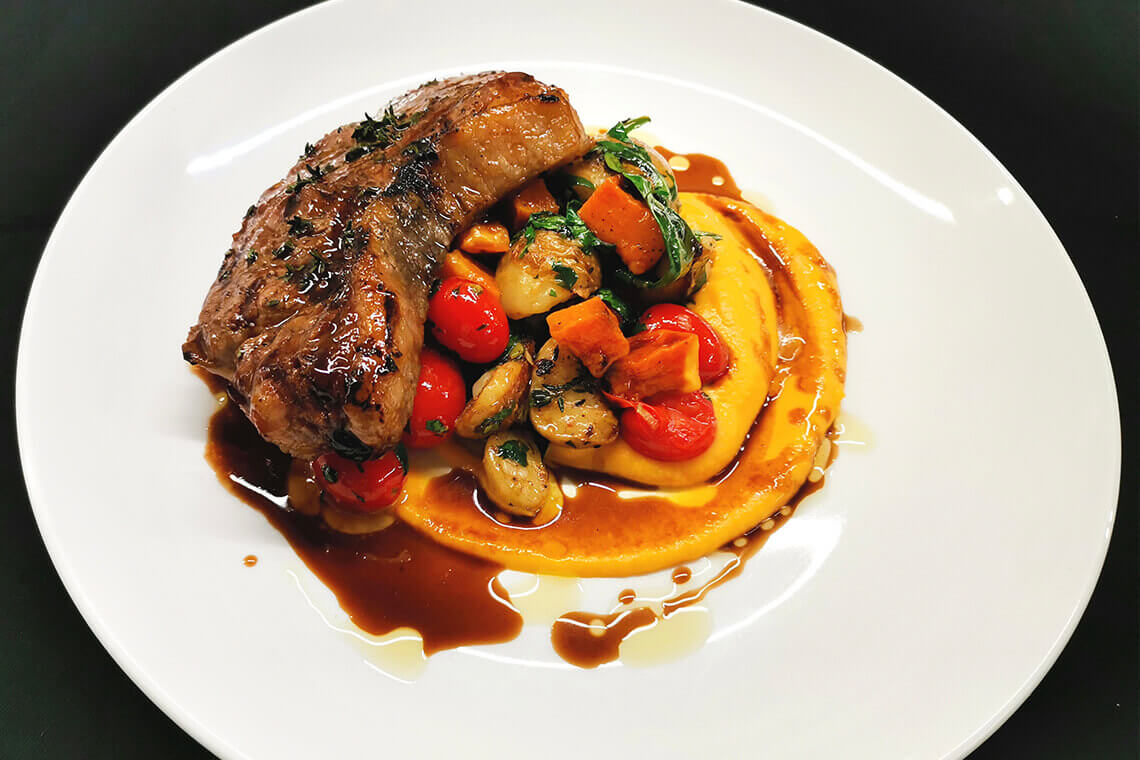 On the menu from Chef Greg Coleman 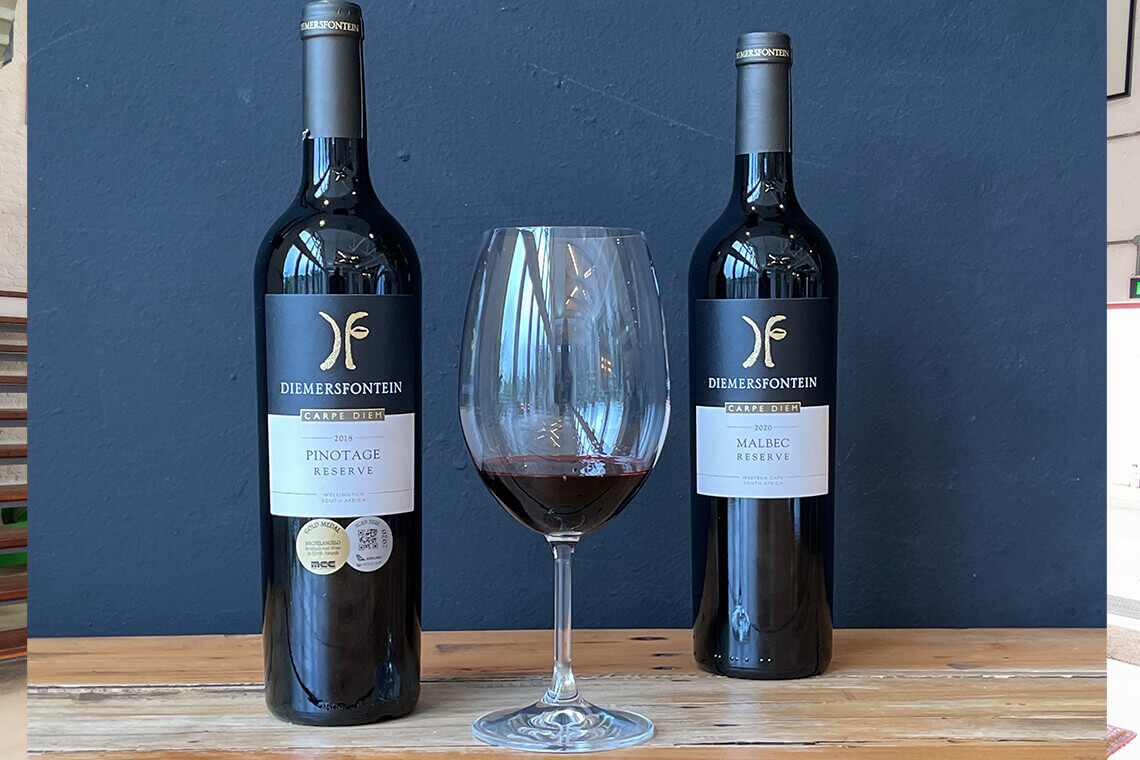 Pair the ‘grilled’ Angus beef with the Diemersfontein Reserve Pinotage 2018

Strain the butternut, reserving the milk. Place butternut in the food processor, blend until smooth adding the milk back into the mixture until a smooth creamy texture is reached, adjust seasoning.

Heat olive oil in a sauté pan, fry new potatoes until crispy, squash in the pan lightly with the back of a spoon. Add tomatoes, salt & pepper cook until tomatoes blister, add the rest of the ingredients and finish with the lemon vinaigrette.

Smear the butternut puree over the plate, pile the potato salad in the center, sprinkle with the roast butternut, place the steak on top, and drizzle with the red wine jus and extra virgin olive oil. 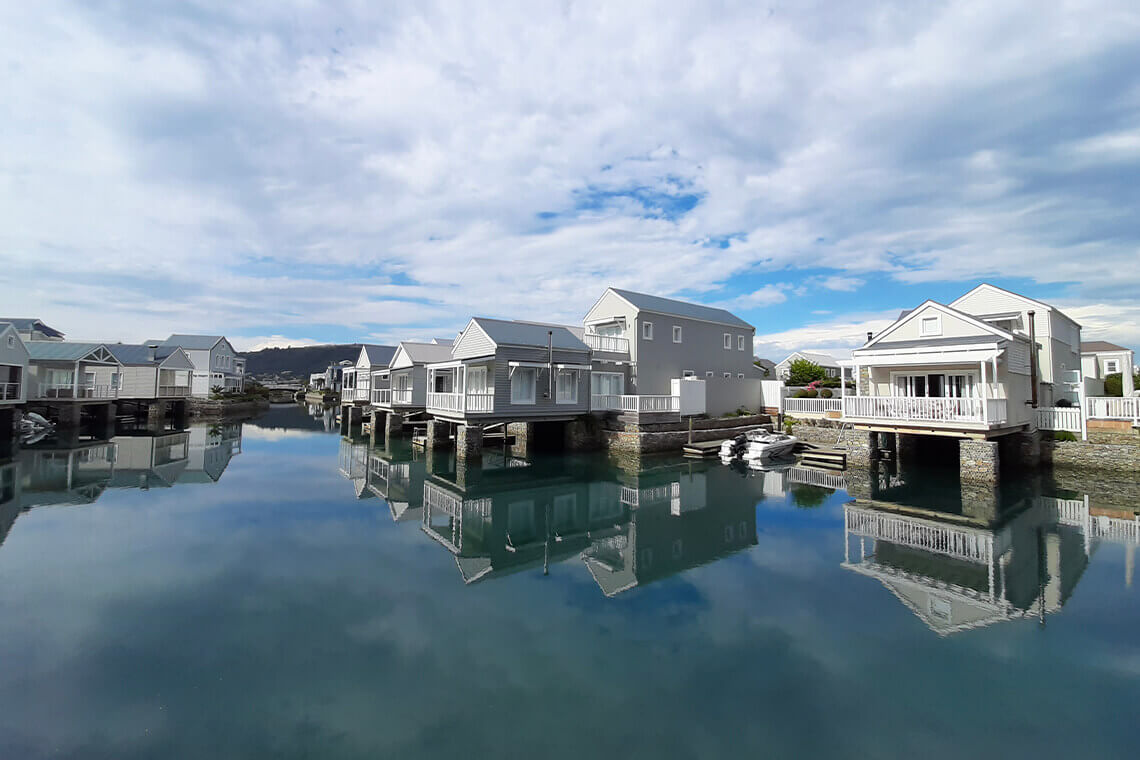 Rest and relaxation on the waters edge

Buy your favorite South African wines here and follow Sip & Read to learn about more interesting places to add to your bucket list.