Lanzerac Wine Estate in the scenic Jonkershoek Valley is one of the oldest and most iconic wine farms in the Stellenbosch region, dating back to 1692. It celebrates 330 years in 2022 and commemorated another milestone in October: the 60th anniversary of South Africa’s first commercial Pinotage. 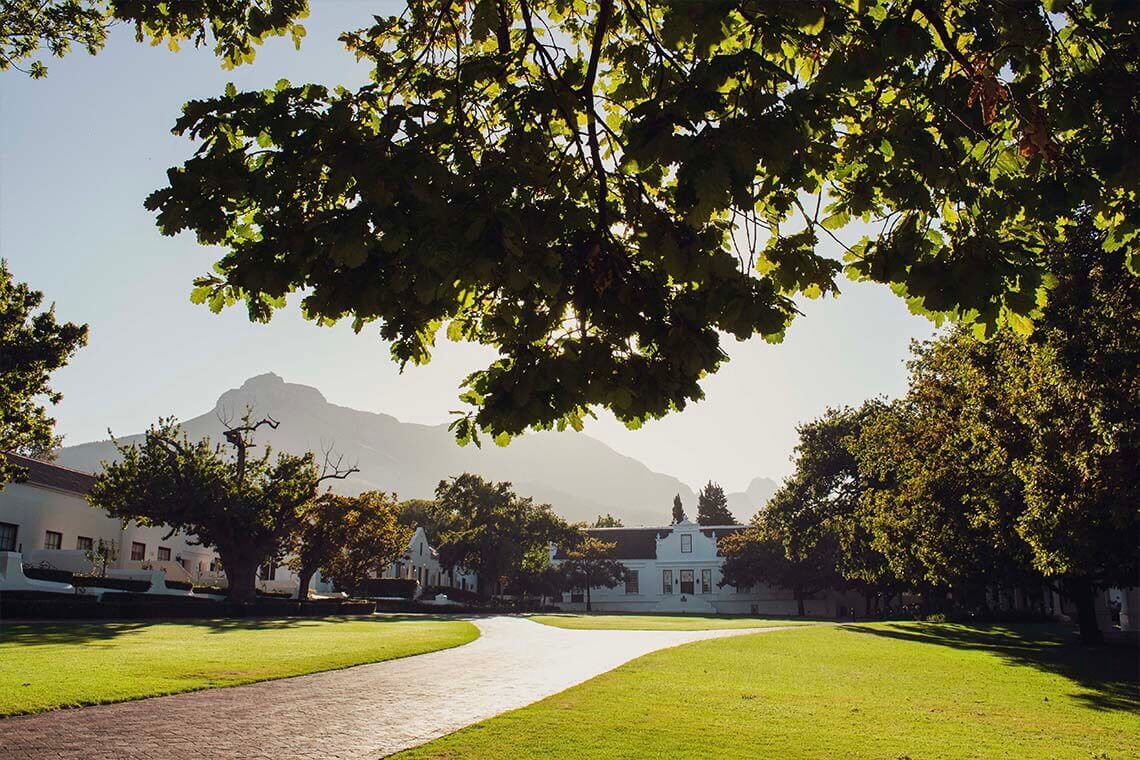 The History of The Estate and its Pinotage wine

It was in 1959 that winemaker PK Morkel from Bellevue Wine Estate entered his handcrafted wine of some of the country’s first Pinotage vineyards into the South African Young Wine show, a competition where the young wines from the same vintage are judged to establish the best wines for that vintage. That 1959 vintage of Pinotage was awarded the best wine at the show, winning the General Smuts Trophy. It was bottled two years later by the then Stellenbosch Farmers Winery (now Distell) at Lanzerac, who owned the Lanzerac label.

In that same year, the iconic Lanzerac homestead was transformed into a hotel.

In October a limited release commemorative Pinotage 2019 was released as a partnership between Lanzerac and Bellevue, from the original Pinotage vineyards planted by PK Morkel in 1953 on Bellevue. The wine is available from Lanzerac at roughly $120 a bottle. 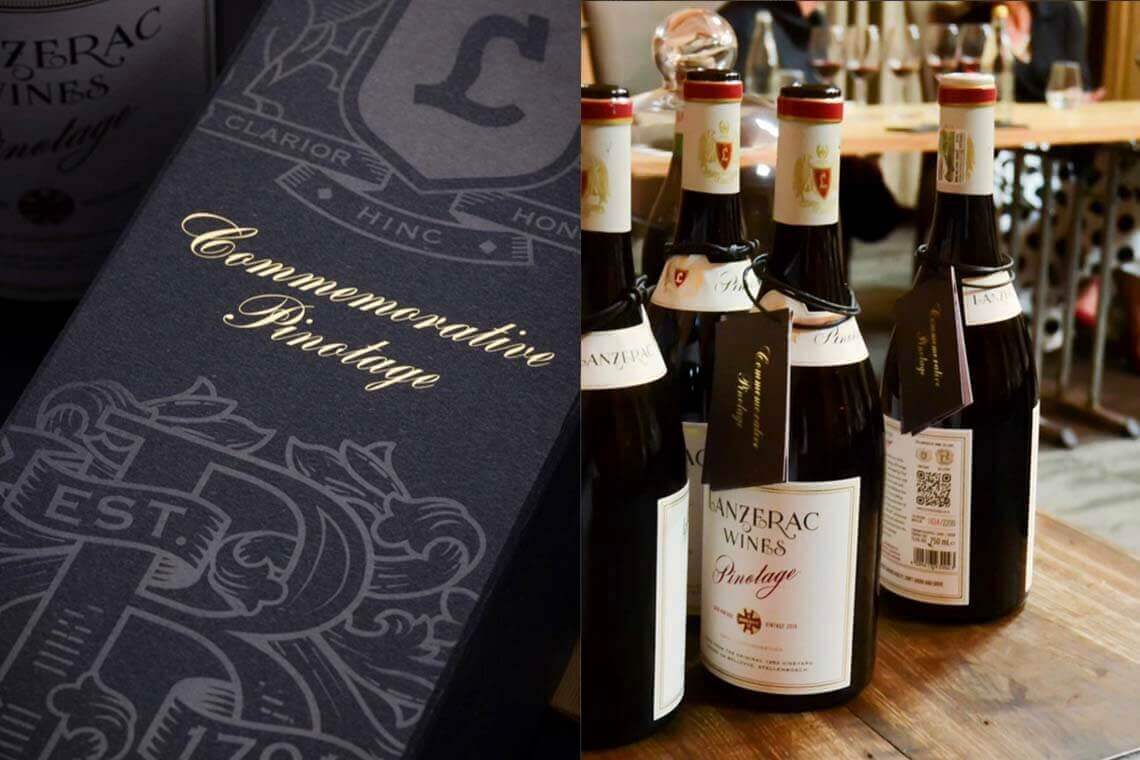 Today Lanzerac houses a luxurious five-star hotel, various restaurant options, a deli, a tasting venue, and a day spa. It is a popular venue for locals to wind down after a busy week with a glass of the estate’s award-winning wines and visitors from all over the world are swept away by memorable experiences in the beautiful Cape Dutch architecture combined with modern luxury. 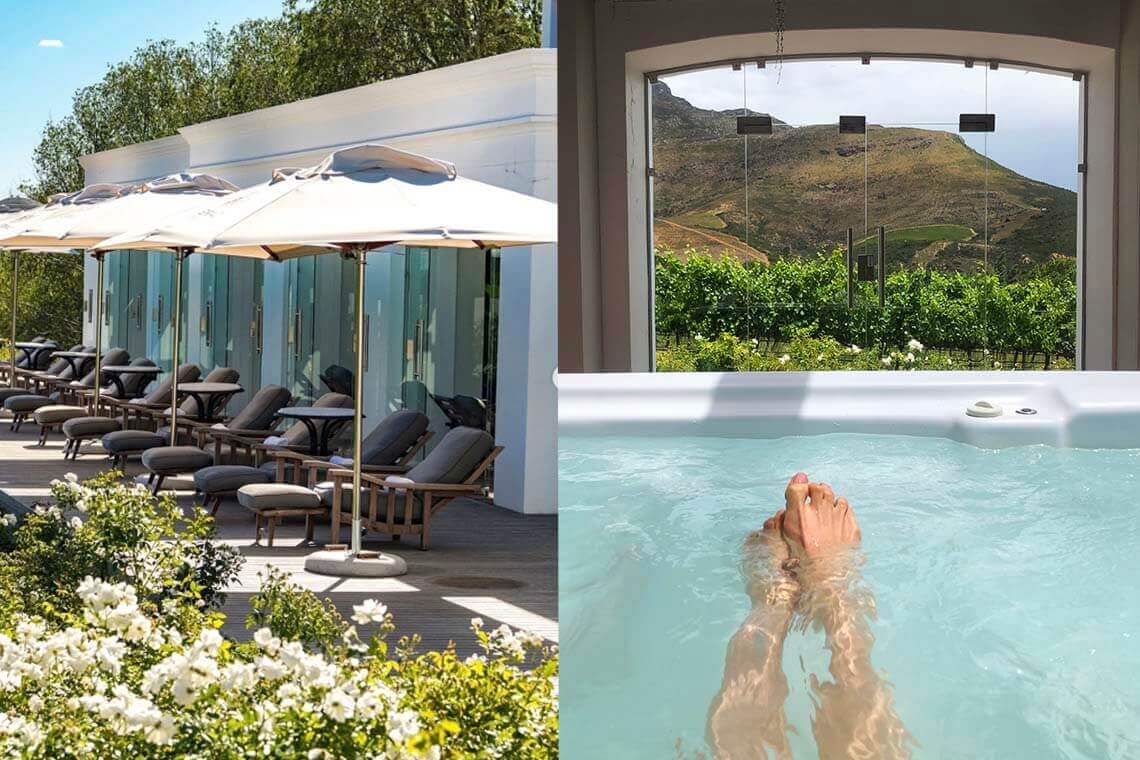 Feel revived after a day spent at the luxurious spa 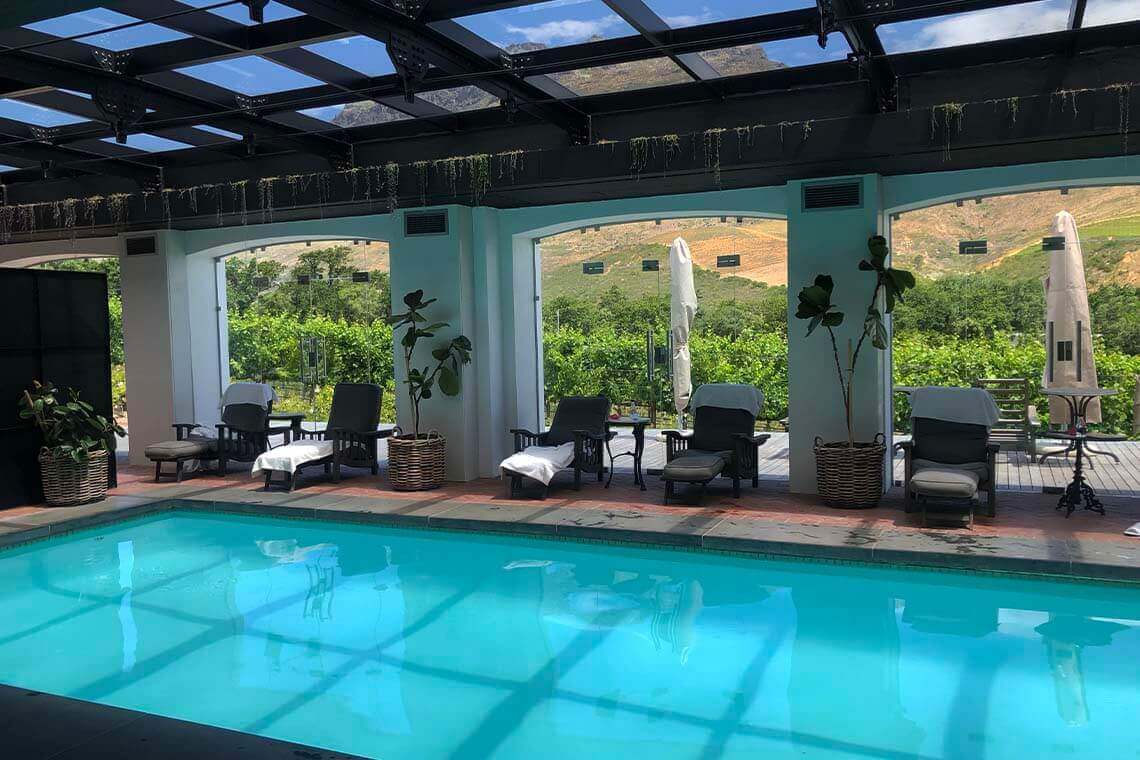 Lanzerac is a popular rest stop for cyclists en route to the Jonkershoek Nature Reserve and e-bikes are also available at the hotel reception. If you are looking for another phenomenal winery to visit in Stellenbosch, you can read more about Waterford Estate here. 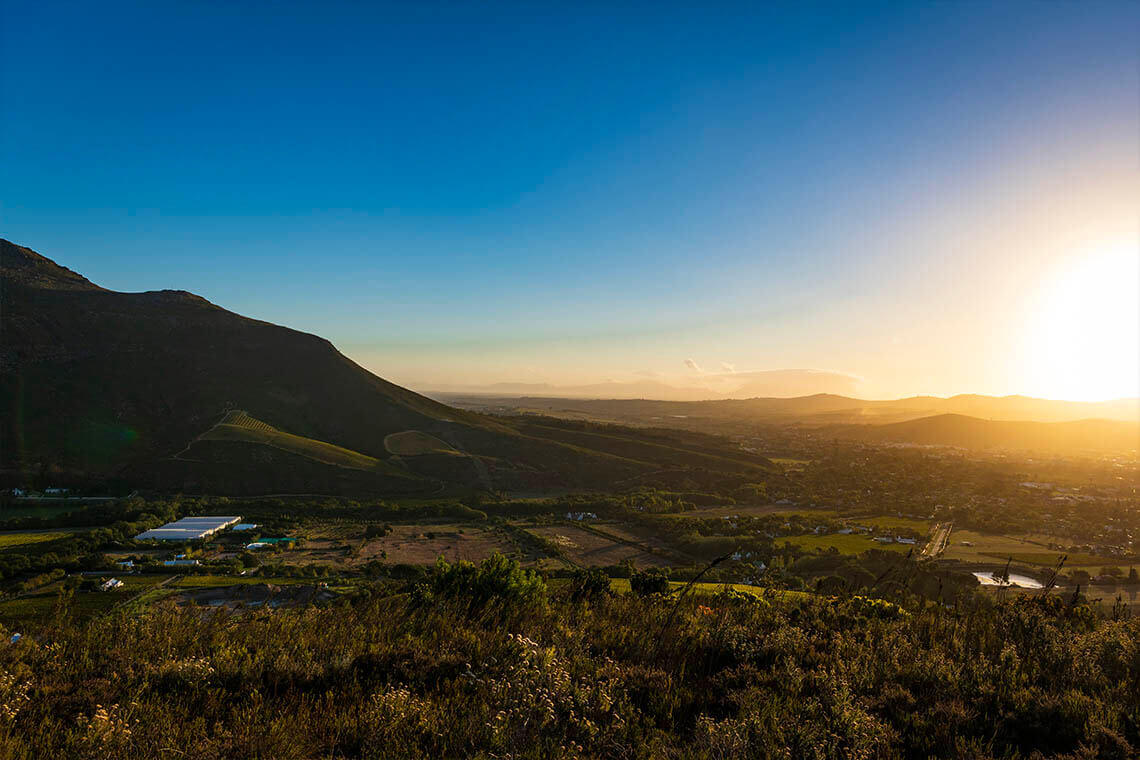 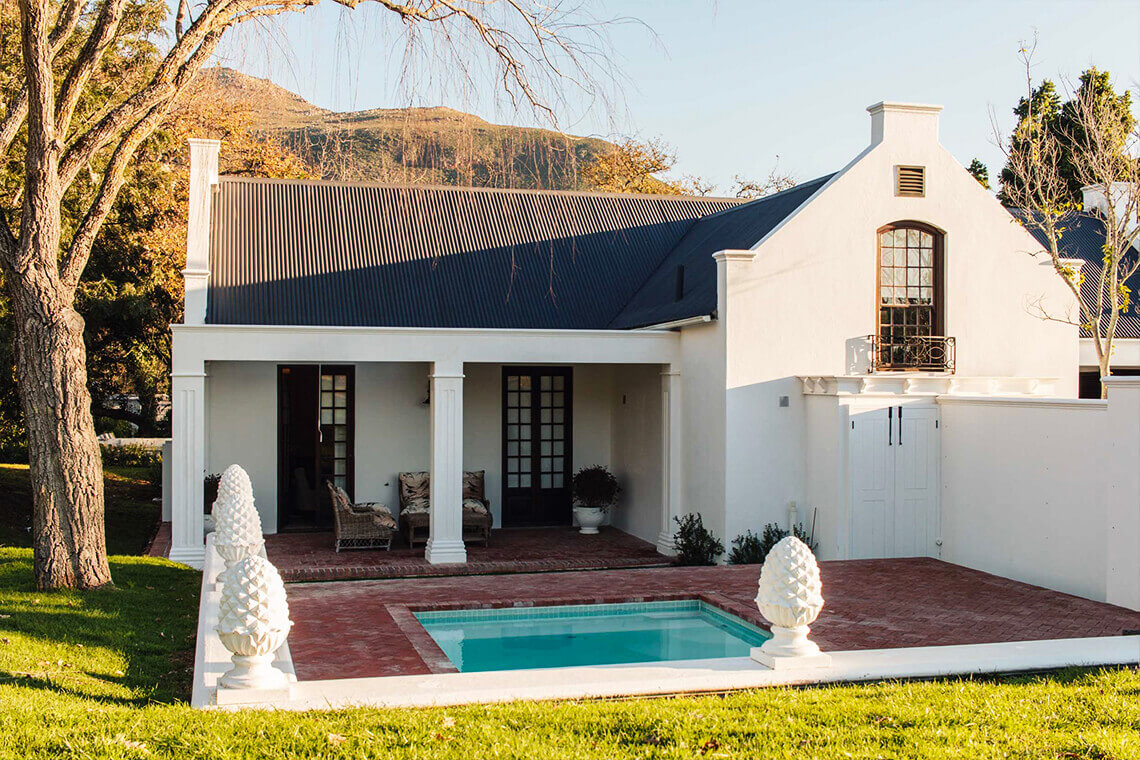 The perfect spot for a weekend getaway

Originally known as Schoongezicht, the well-known Elizabeth Catherina ‘Kitty’ English, who bought the farm in 1914, renamed the farm Lanzerac in honor of the renowned French General Charles Lanzerac. Mrs. English Chardonnay is a tribute to this formidable lady and Le Général, a blend of Cabernet Sauvignon, Merlot, Pinotage, Petit Verdot, and Malbec, honors the general.

The hotel has been part of the social landscape of Stellenbosch for centuries and after a fire destroyed the hotel’s main areas in 2017, extensive renovations were completed and the grande dame reopened in 2018. Period grandeur is key, but without compromising on the property’s heritage. 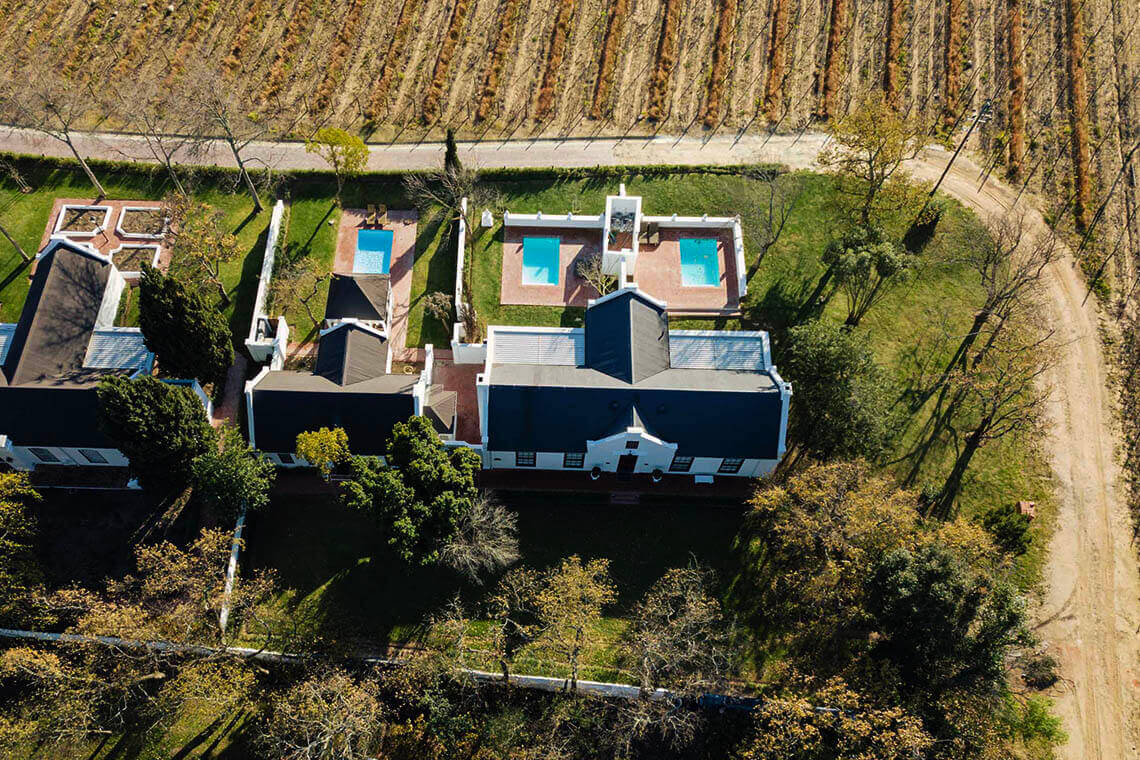 An aerial view of the estate 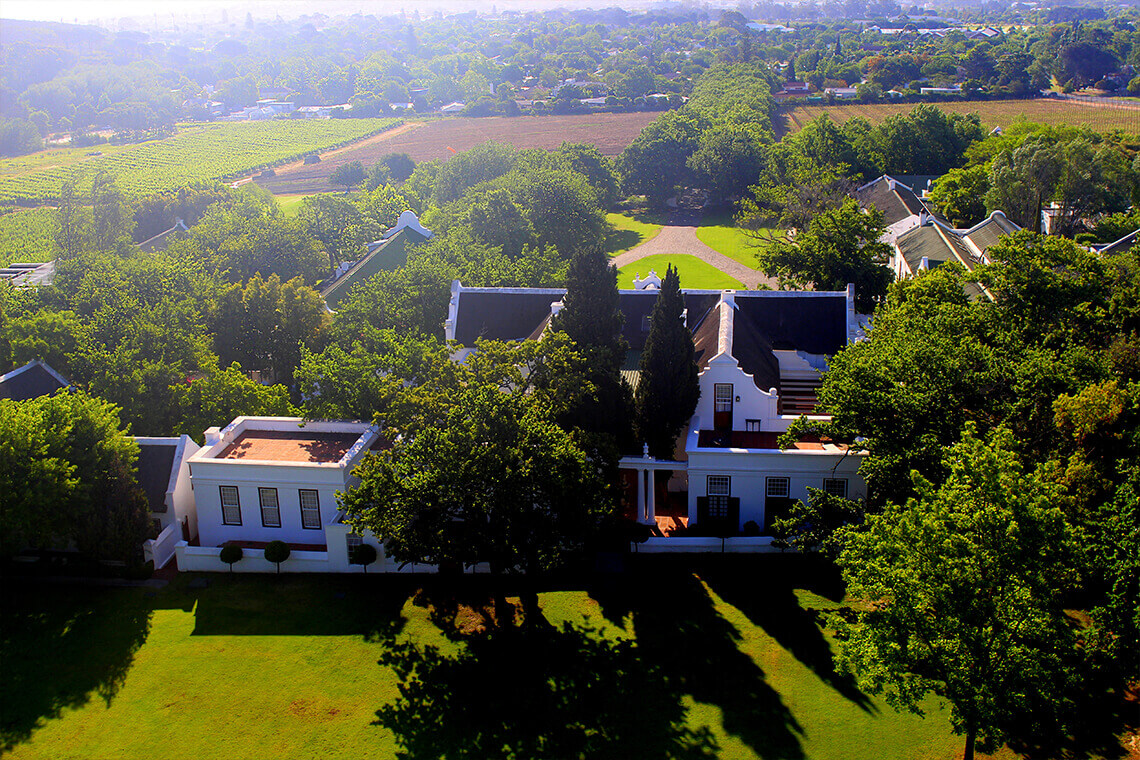 Many of the Lanzerac wines regularly receive 4 or 4,5 stars in the annual Platter’s South African Wine Guide, and the Mrs. English Chardonnay 2019 scored 93 points by Tim Atkin, British Master of Wine. 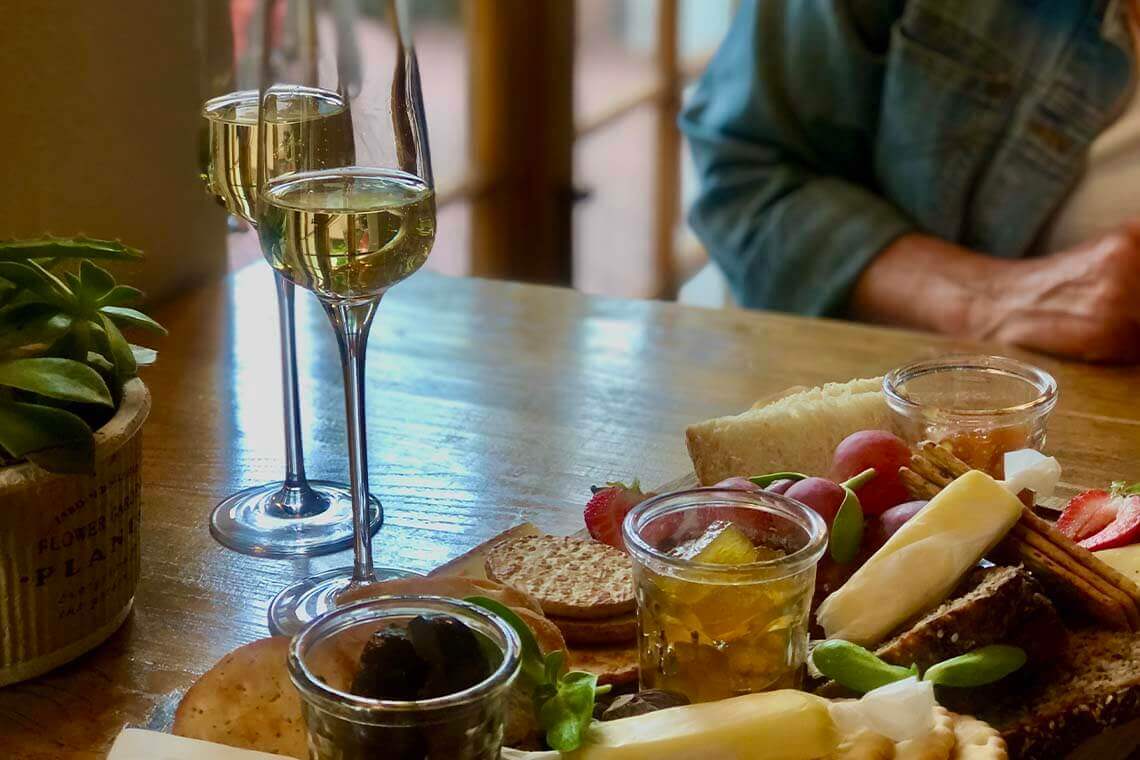 Delicious platters can be enjoyed while sampling the estate wines

Bring the spirit of Lanzerac home with their Maple & Mustard Glazed Gammon, paired with the ‘Prof’ red blend. 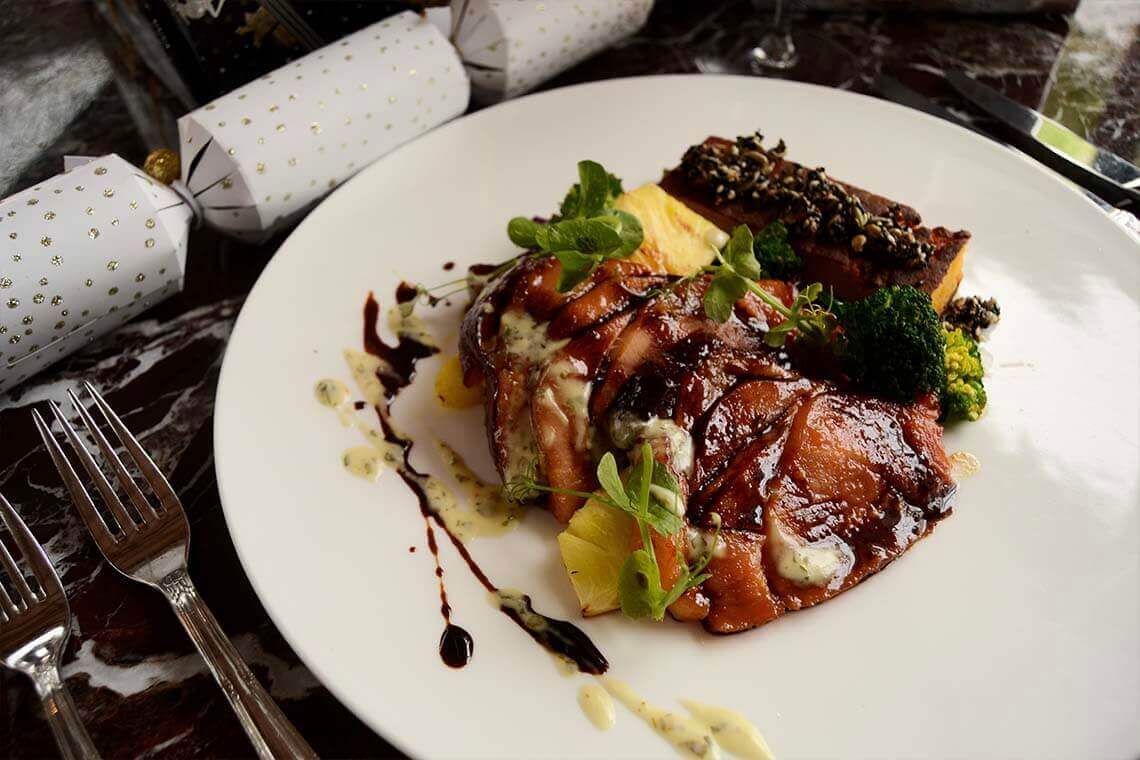 1 onion, cut in half

Pour over enough cold water to cover the meat, then bring to a boil, cover with a lid, and lower to a gentle simmer for 1 hr 45 mins. Turn off the heat and leave the gammon to sit in the liquid for 30 mins.

Remove from the liquid and leave to cool until cold enough to handle. Peel off the thick layer of skin on the gammon to reveal a layer of fat. Discard the skin and score the fat in a criss-cross pattern with a sharp knife. Preheat the oven to 200˚C. Put the ham in a roasting tray lined with foil. Mix together the mustard, maple, and sugar in a bowl, then generously brush half over the ham. Stud the spaces between the criss-cross pattern using the cloves.

Roast for 15 mins, then brush with the remaining glaze. Return to the oven for a further 20-30 mins or until sticky and brown. Leave to cool for 15 mins before carving into slices. 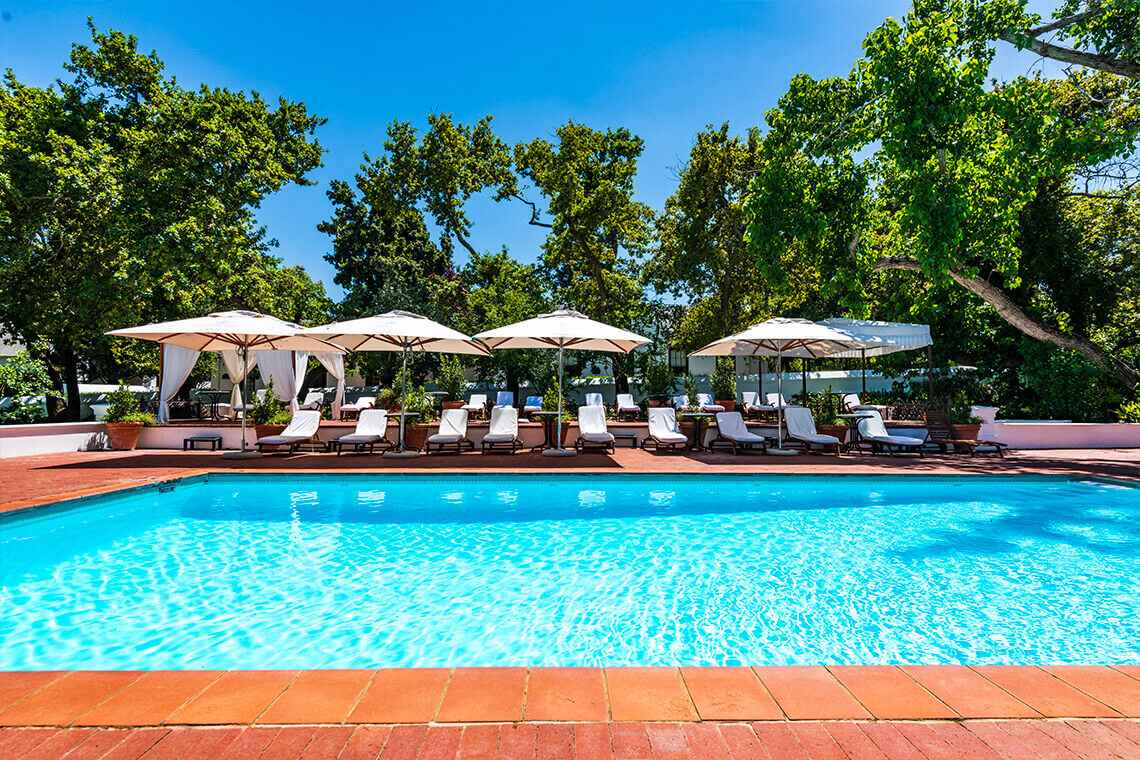 All roads in Graaff-Reinet lead to the historic Drostdy Hotel dating back to the early 1800s - not only because it is in...

Gift giving is an expression of emotion. Joy, gratitude, love and appreciation. We share gifts in times of celebration a...