The Legend Of Audrey Wilkinson

When one considers the legends of Australia’s Hunter Valley wine route, the name Audrey Wilkinson would certainly come to forefront. Sprawled across 270 acres of rich land, the vineyard is seated on the slopes of the picturesque Brokenback Mountain Range. The estate is approximately 165km north of the bustling city, Sydney.

Take in the view at Audrey Wilkinson winery

As expressed, Audrey Wilkinson is a legendary winery in Pokolbin established by an innovator of the same name. It all began in 1866 when the Wilkinson family first attained the site on which the vineyard stands to this day. Over the next 30 years, Audrey went on to become a modernizer in the field of wine production, developing progressive technologies such as steam-powered crushers, the hopper  and cement fermenters making him a leader in development within his industry. Between 1903 and 1916 his advanced strategies led him to become the recipient of many highly acclaimed awards in the field of wine production, including the first prize for his Claret or Bordeaux variety at the Sydney Royal Show. Audrey Wilkinson passed on in 1962, but his name and legacy is one which carries much weight in the Australian wine trade, he has acquired pioneer status.

In 2004 the Agnew family purchased the Audrey Wilkinson winery and subsequently entered the wine industry in Hunter Valley. The family had no prior knowledge of the industry having been in the business of Thoroughbreds but could be deemed connoisseurs of premium wines. They often frequented estates or drove through wine country on the way to or from Scone, AU. After a casual visit to the Audrey Wilkinson cellar door, the family was captivated by the estate and the patriarch, Brian Agnew immediately considered purchasing the property. Which he inevitably did.

In 2012 Jeff Byrne was promoted as the chief winemaker at Audrey Wilkinson winery. During this period, the Agnew family made many hard-hitting decisions about the farm, including that of cutting out underachieving vines, in this case the Cabernet Sauvignon variety failed to meet expectations, they also removed petrochemicals from their agricultural methods.

Land rejuvenation became fundamental and cloning was introduced to aid in the production process and overall quality of the vine. Additionally, the decision was made to completely halt under-sowing, this was to be done in every alternative row of vines. Oats and barley were used in order to aid the mulching process to bring about moisture in these rows of vines.

Native grass, as well as mulching in the form of worm castings amongst other things were introduced to aid in the moisture and health of the soil in the centre rows. The mulching method is one used in organic farming, the material is deposited on the surface of the soil and is used for the purpose of maintenance of soil moistness, to improve the richness and  overall well-being of the soil. It also makes the area more aesthetically pleasing.

For Audrey Wilkinson Winery, the introduction of mulching has been a relief. The  method is incorporated at the end of the winter and start of the spring season in preparation for the late rains. They are adamant about cutting out sprays of harmful chemicals or weed killers, instead opting to perform the extensive manual labour of mowing the area on a regular basis. 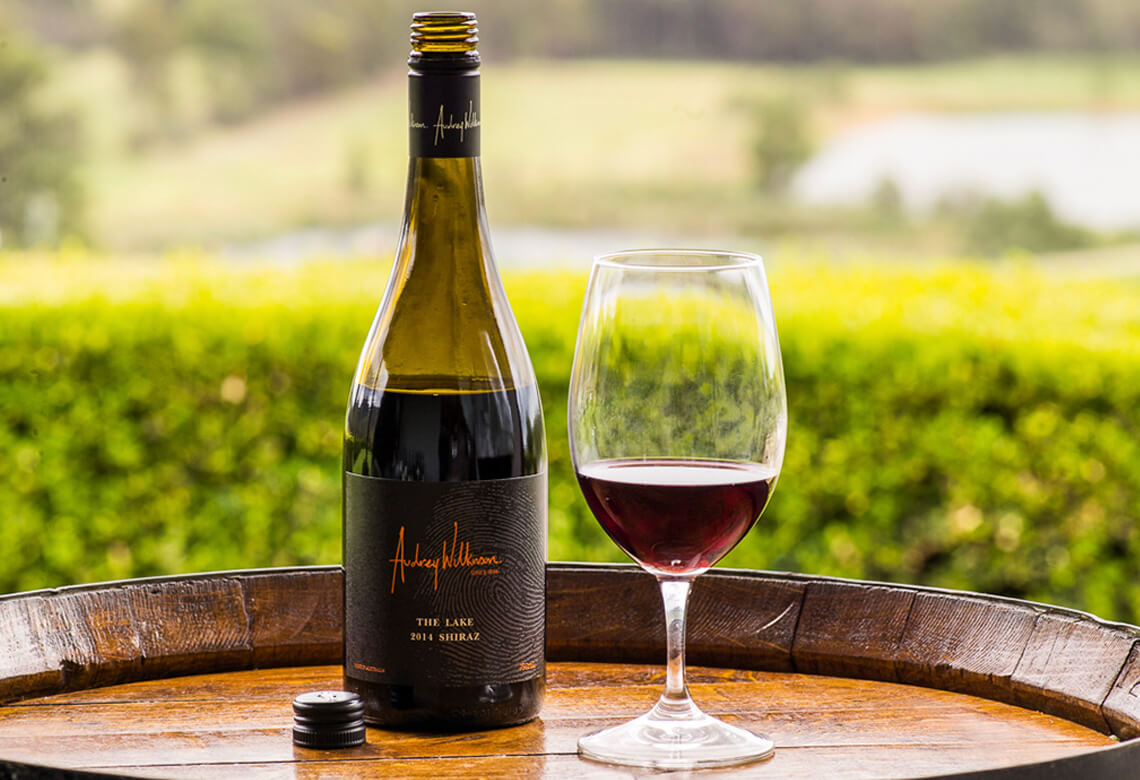 Earlier this year, Xanthe Hatcher was promoted to the role of chief winemaker at the Agnew Family’s vineyards which includes Audrey Wilkinson winery. Xanthe was carefully mentored by Jeff Byrne over the last few years and will be taking the winery into the next era.

She is seasoned in the field of viticulture, having received the coveted Alasdair Sutherland Scholarship from Hunter Valley’s Wine Industry which enabled her to complete a highly acclaimed course. Besides being well educated, Xanthe won the Young Winemaker of The Year Award in 2016 from Wine Society and is deemed an incredible fit who will aid in a seamless transition for Audrey Wilkinson winery.

Audrey Wilkinson vineyard boasts with the critically acclaimed and much awarded Semillon wine. James Halliday the renowned Australian wine critic has rated it 5 stars, and Gourmet Traveller named the winery amongst 10 estates to visit in Australia. In November 2016, Audrey Wilkinson winery received three nominations at the Hunter Valley Legends awards, one for their Cellar Door, while Jeff Byrne and Xanthe Hatcher were nominated for Winemaker and Rising Star of the Year, respectively.

It is evident that Audrey Wilkinson winery has maintained its position as a formidable force in the Hunter Valley wine route producing award winning and renowned premium wines whilst remaining conscious of their environment and aiming to limit the use of any harmful materials.

The Franschhoek Wine Tram is a lovely way to explore the wine farms of the beautiful valley of Franschhoek. Some of the ...

Nestled in the Franschoek Valley is one of the most renowned estates in South Africa, La Motte. The estate is famous for...