Situated in the Hauraki Gulf off the coast of Auckland New Zealand, is the idyllic island of Waiheke, a location that can be accessed by a 40-minute ferry ride. Beside the pristine beaches, the island is known for its lush vineyards and olive groves. It is a place where travelers have the opportunity to partake in an array of island activities and all locations are accessible by foot, bicycle, or even public buses. With approximately 29 wineries on the island, one of the premium wine locations is unquestionably the Man O’ War wine estate. 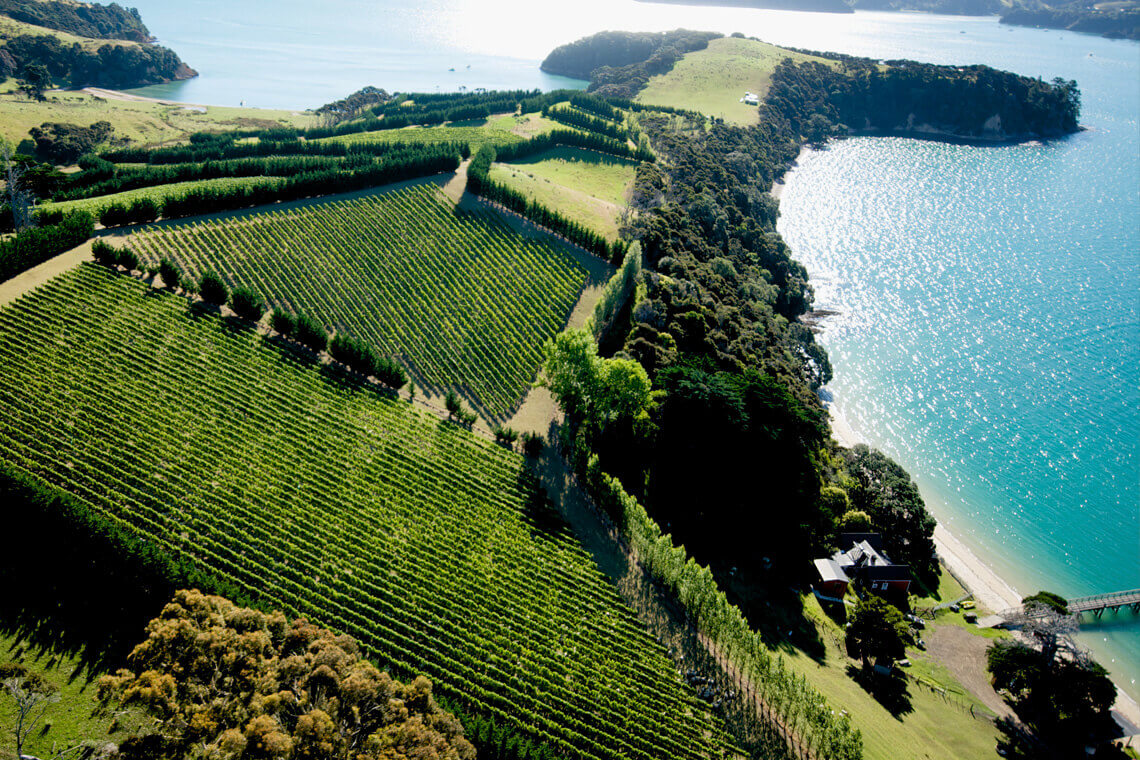 Man O’ War Wines is significantly influenced by the Polynesian culture and tales of brave navigators and travelers.

The process of developing world-class wines began in 1993 when the first vines were planted on the farm, now known as Man O’ War, located at the eastern end of the island. Through much trial and error, exploration and scrutiny of the grounds, sites ideal for successful wine production were discovered. Currently, the 150-acre farm consists of approximately 75 vineyards making Man O’ War wine estate hard to miss.

The importance of maintaining and sustaining the agriculture of the island is emphasized by the Man O’ War wine estate. Thus, the farm boasts in its olive groves, orchards, beehives and restored indigenous land. The presence of livestock further highlights the biodiversity at this location.

Producing wine at a remote location such as the island of Waiheke requires a significant amount of drive and dedication and a spirit that endures. 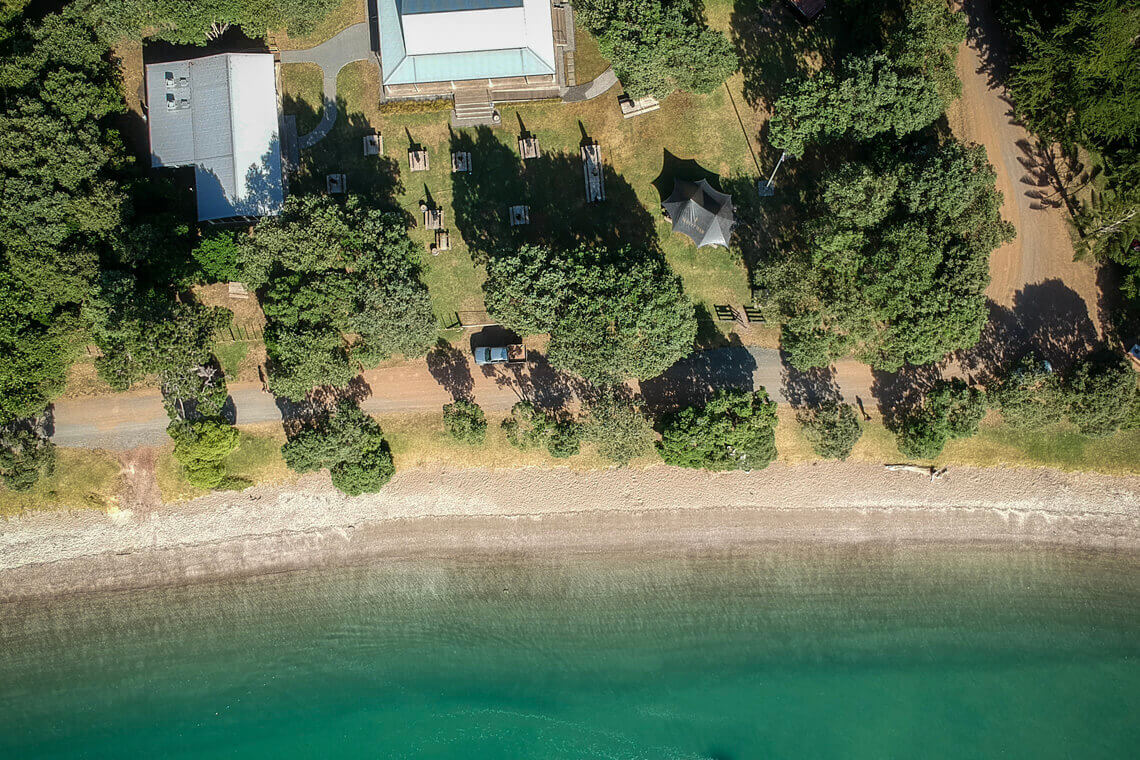 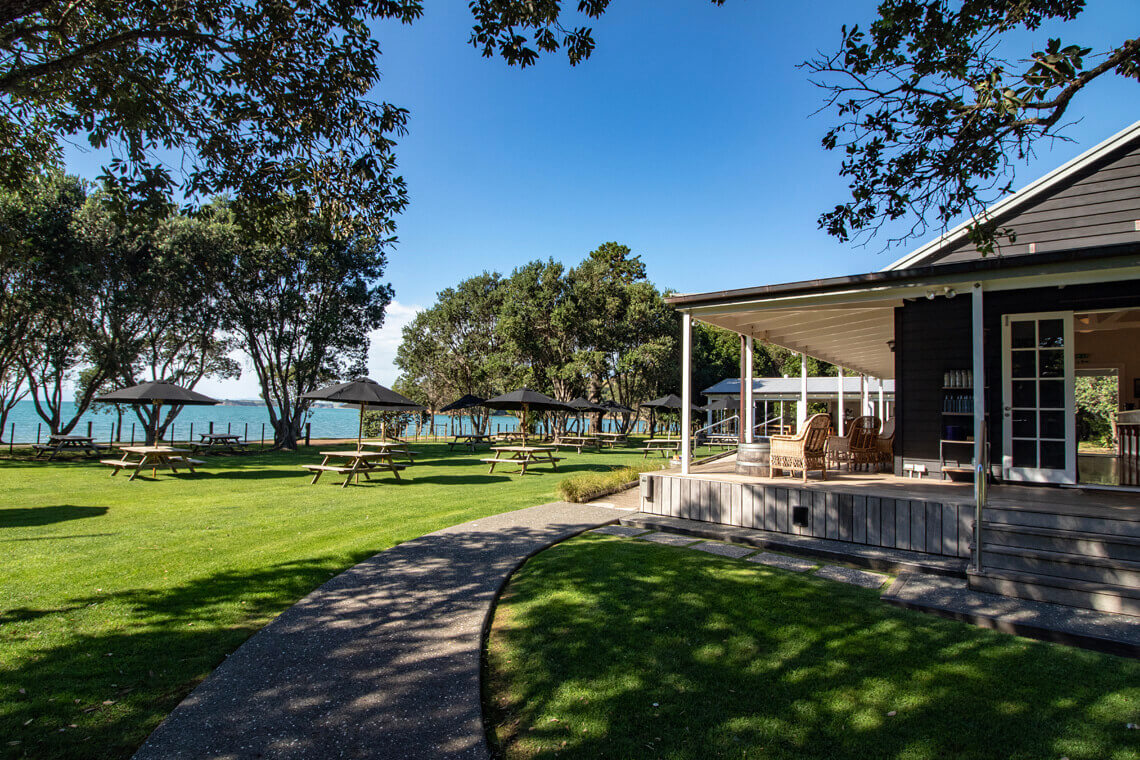 Man O War Tasting Room looking out on the lawn

Duncan McTavish is the ideal candidate for such an undertaking. With an impressive resumé which speaks of an individual who has refined his craft at a number of internationally known wineries from the States to Germany, it is no wonder why Duncan is deemed one of the most impressive wine producers in the region. Duncan received the inaugural Viticulture and Oenology degree from Lincoln University in 1998 and over the following decade worked tirelessly to solidify his place in the industry. He joined Man O’ War wines in 2008.

As expressed, the task of wine production at this location is an arduous one. In the instance of Pinot Gris production, Duncan and his crew have to trek to the smaller Ponui Island via boat during the harvest period which further illustrates the sheer effort and commitment by the Man O’ War crew. Each vineyard is given the required attention individually, which means that it has become the norm for the crew to move to-and-fro across the island. This crew further fuse the “Old-World techniques with New-World ideas” developing premium wines in New Zealand.

Over a period spanning 20+ years the Man O’ War crew have significantly increased their annual wine production, with an excess of 200, 000 bottles of wine produced each year. Each wine is uniquely and creatively named after; warships, warriors, fallen soldiers, mythical creatures and, the hills surrounding the island. Man O’ War’s Kulta, Flagship, Estate and Privateer wine collections have become a testament to the class, poise, and texture of their wines.

Additionally, Man O’ War wines come highly recommended, rated, and awarded by various wine connoisseurs with the Ironclad 2016, Dreadnought Syrah 2017 and Valhalla Chardonnay 2018 enjoying significant fame. In 2020 The Real Review awarded 30 of Man O’ War’s wines the top rank, with 26 of these receiving the Gold Label. It is clear to see why this estate is regarded as one of the premium wineries in New Zealand. 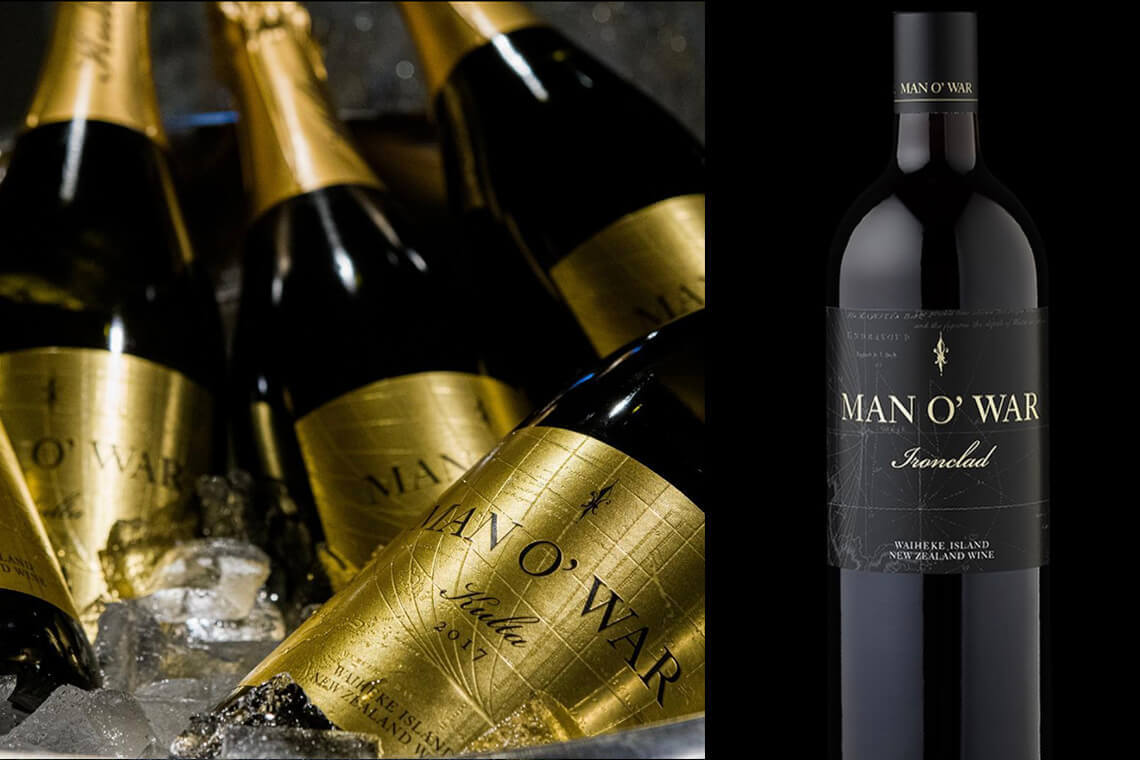 Each MOW wine is uniquely and creatively named after; warships, warriors, fallen soldiers, mythical creatures and, the hills surrounding the island

The Franschhoek Wine Tram is a lovely way to explore the wine farms of the beautiful valley of Franschhoek. Some of the ...

Nestled in the Franschoek Valley is one of the most renowned estates in South Africa, La Motte. The estate is famous for...