In South Africa Grenache has shown a steady growth over the last three decades and over the last two years a total of 391 hectares were planted, specifically in the Swartland, Robertson and Paarl wine regions.

Jan Boland Coetzee, owner and winemaker at Vriesenhof Vineyards in Stellenbosch, says it is a popular component in blends with Shiraz and Mourverdre as it often lacks acidity, tannins and color. “Interest in Grenache as a single varietal wine is steadily gaining momentum in South Africa, although it is still mostly used in blends or as Rosé.”

He says for a novice red wine drinker, Grenache is the ideal introduction to the world of reds.

Vriesenhof has a variety of Grenache wines, including the Grenache Piekenierskloof, Grenache Rose, Grenache and Shiraz Mourverdre blend. 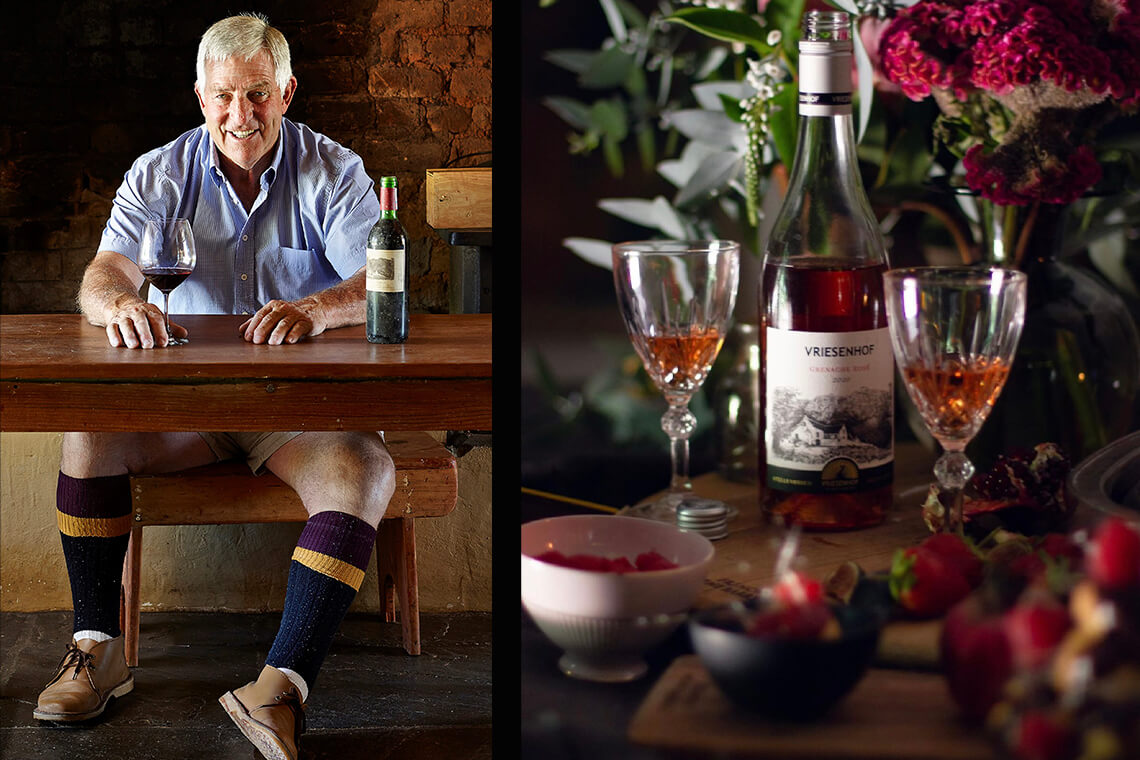 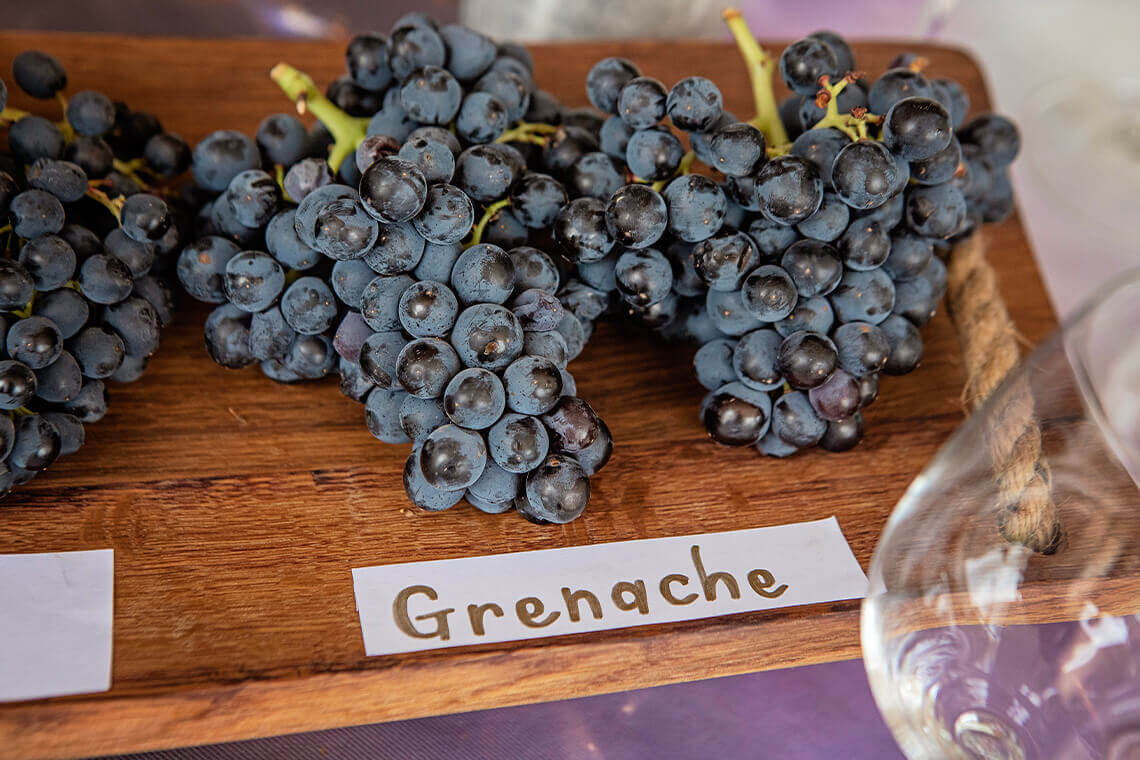 A couple of winemakers of Swartland Independent Producers believe in a natural approach with their wines such as Adi Badenhorst from AA Badenhorst Wines, Eben Sadie from Sadie Family Wines and David Sadie from David & Nadia. Some of the grapes they harvest are from their own vineyards and some from old bush vine blocks from farmers in the Swartland who share the same vision. 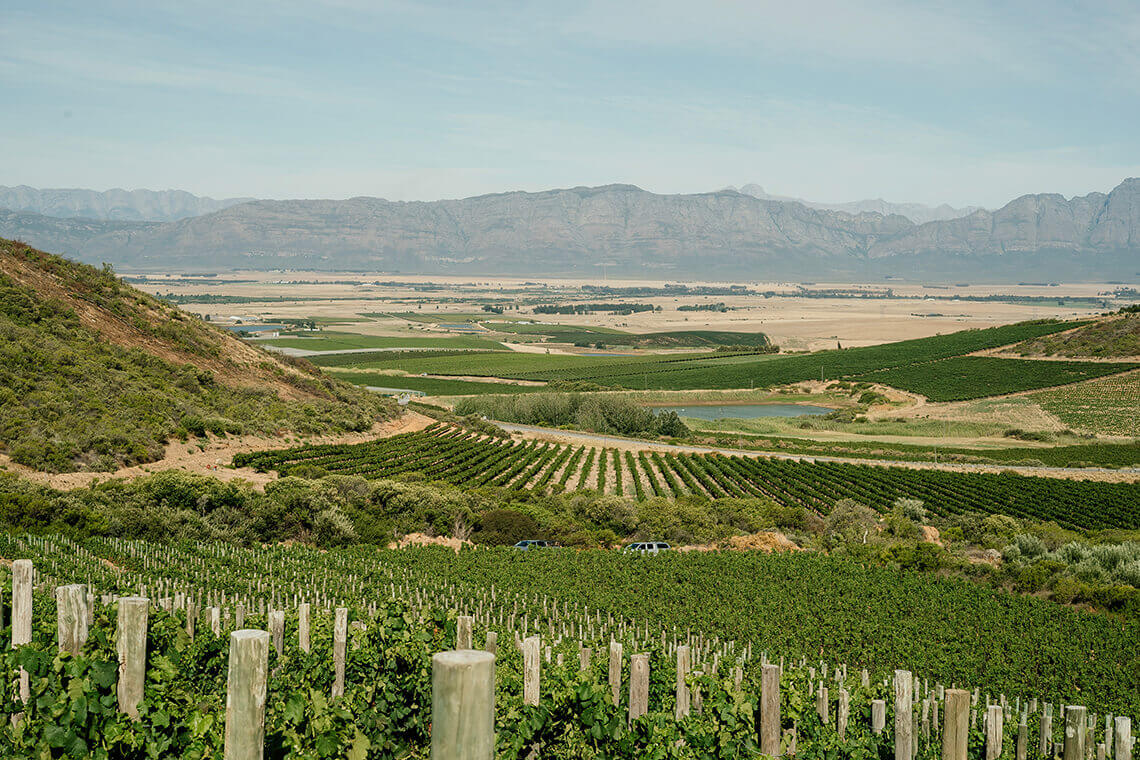 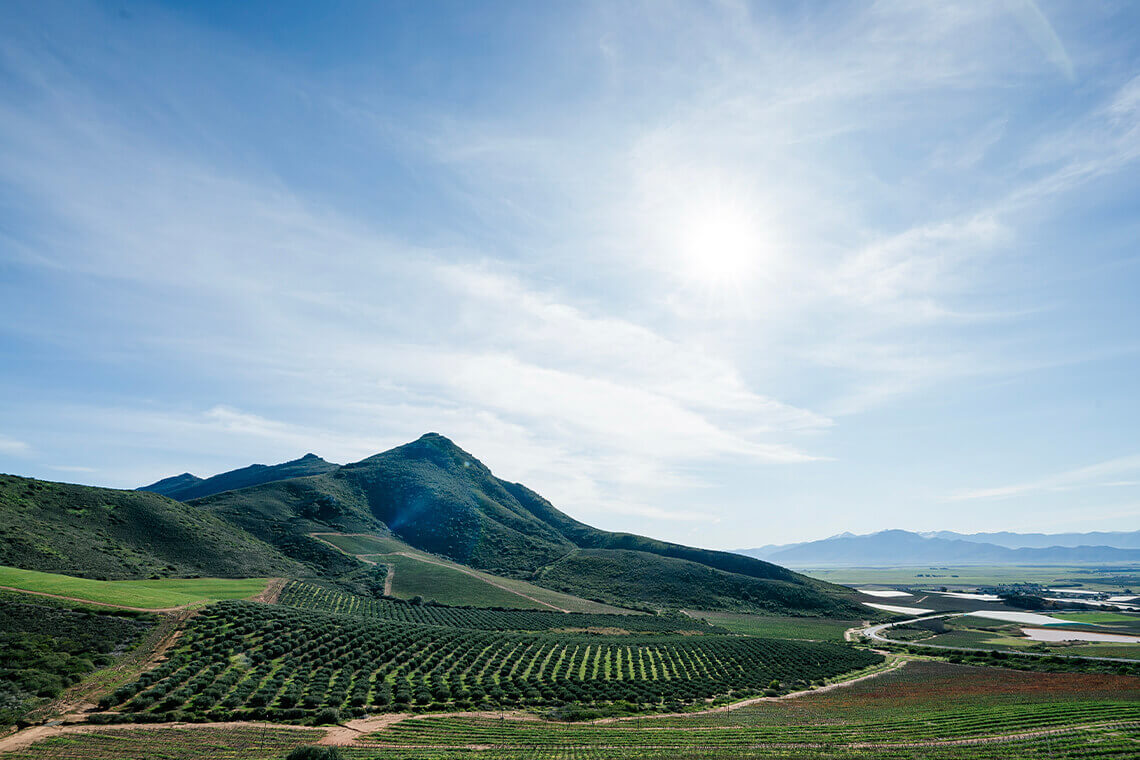 Eben Sadie is considered one of the great preservationists and visionaries in the new generation of South African winemakers. The wine writer Neal Martin recently called Sadie an “outspoken, peripatetic, terroir-obsessed winemaker who has been instrumental in putting Swartland on the map.”

Eben says there has been massive additions to the Grenache plantings mainly due to global warming. “Grenache is very well adapted to drought and heat. The grape has also gained popularity in recent years and that excites me about the future.

“The workings of the Grenache producers of the world; the rise of the exceptional wines of Grenache in the Gredos mountains of Madrid; the renewal and the rebirth of old historical regions in Spain and France with massive plantings of Grenache, all contributed to the awareness of the grape globally and its capacity to make world class wines.”

Eben says he works with Grenache in their premium wine – the Sadie Family – Columella Red Blend, Swartland, a blend of Syrah, Mourvedre, Cinsault, Grenache and Tinta Barocca, the 2019 vintage being one of very few wines rated 100 points by Tim Atkin in his SA Report.

He says Grenache is popular in a blend, as it adds texture, grip and a solid foundation. “It is a grounded wine.”

“Grenache loves well drained soils and the decomposed granite of the Paardeberg has proven to be an amazing terroir for the grape. But Kasteelberg in Riebeek and the Porseleinberg with the slate formations has also recently started to produce some stellar versions of Grenache.” 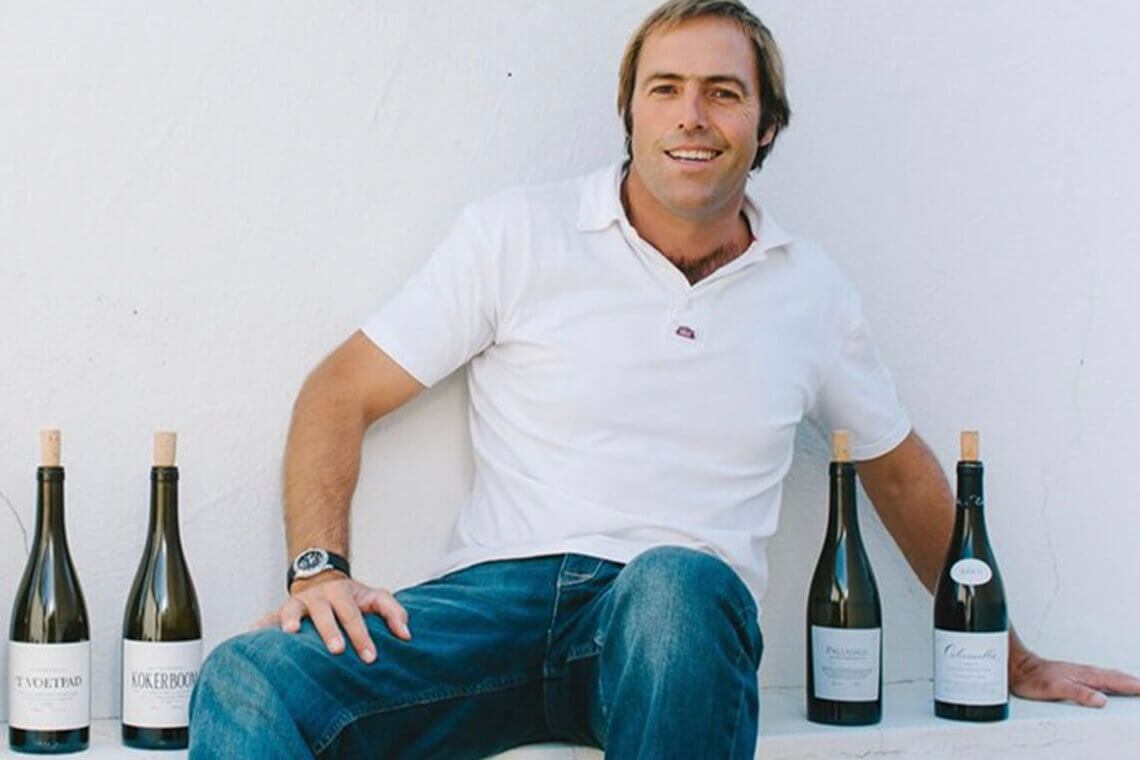 David Sadie of David & Nadia says Grenache is experiencing a comeback which is very exciting. There have been times where it was not taken very seriously, because it is a lighter pigmented grape, but now it is starting to stand its ground.

David was born and bred in the Swartland and studied Viticulture and Oenology at the University of Stellenbosch. It was here that he met his wife, Nadia, a qualified soil scientist and viticulturist.

David gained experience both locally (Waterford, Rustenberg and Saronsberg) and internationally (South Pacific Cellars, New Zealand, Chateau Quinault and Yves Quilleron in France). The tasting of Mediterranean cultivars and its regions made a lasting impression on David’s ideas and palate.

“The increase in popularity might be that some consumers associate Grenache with rich, alcoholic wines and then they are surprised to experience the elegant, feminine style wines that are possible with South African warm climate Grenache. But with the lighter style, also being serious enough and worthy of collection and ageing.” 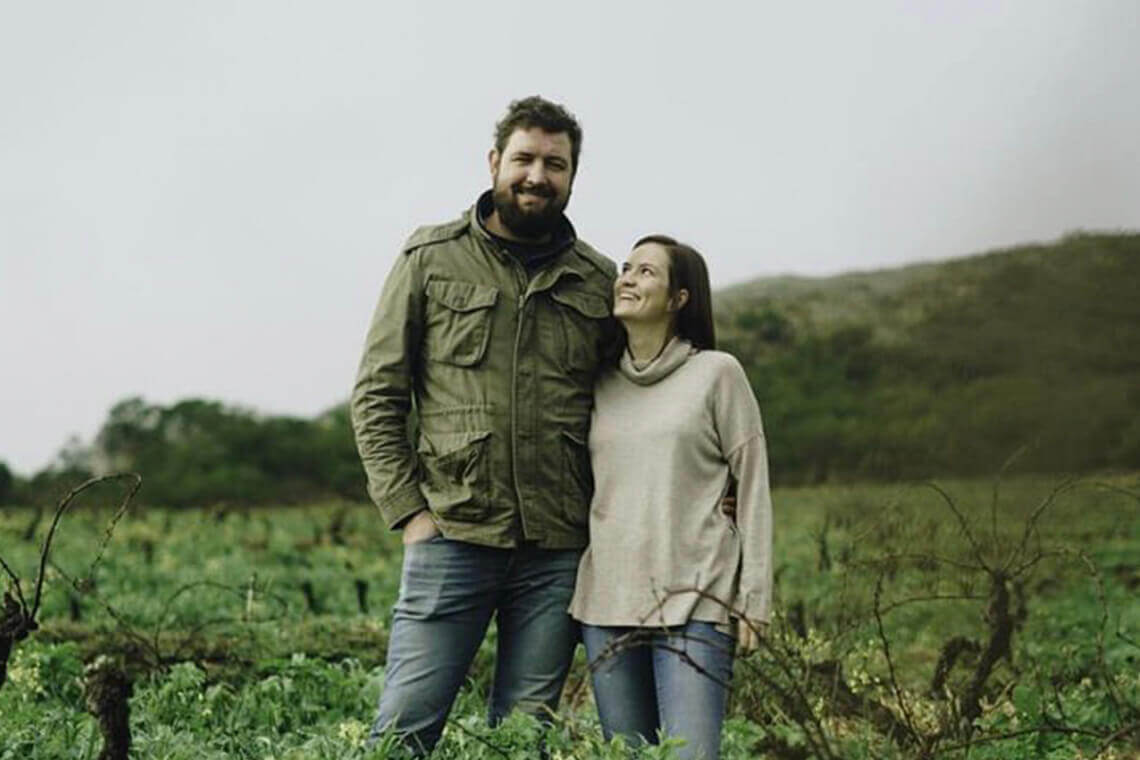 AA Badenhorst Family Wines are grown, made and matured on Kalmoesfontein farm in the Swartland. Adi Badenhorst says he has always been excited about this variety. “On Kalmoesfontein we have the oldest Grenache Noir vineyard in South Africa, a registered single vineyard planted in 1952 – we call it Raaigras. (Guessing grass)

“We are so excited that we have more Grenache Noir and Grenache Blanc here over the last couple of years. The variety does particularly well here in the Swartland though yields of younger vines need to be curbed as it can be very generous with regards to crop levels.

“Grenache is gaining popularity amongst winedrinkers because it is a grape that listens very well, in my opinion it’s the best listener to where it is planted and can translate this ( the climate, the soil, the vineyard practices, the age of the vines) so well into a bottle . It means that consumers have visceral contact with place when drinking it.”

Adi says they have 1249 very old vines only of the Raaigras. The younger vineyards 1998 and 2018 plantings make up around 4ha. I am not sure if we will expand our plantings and offerings, but it’s an integral part of many of our wines.”

Adi likes to use Grenache in his blends, as it brings some perfume and freshness to their wines.

He believes more single cultivar Grenache wines will be seen in future. “The variety is just too good in the vineyard and cellar to be ignored.”

A.A. Badenhorst – Family Red Blend, Swartland is a blend of Shiraz, Cinsault, Tinta Barocca, and Grenache. It has a vibrant, earthy sense of personality that perfectly captures the Swartland outcrops 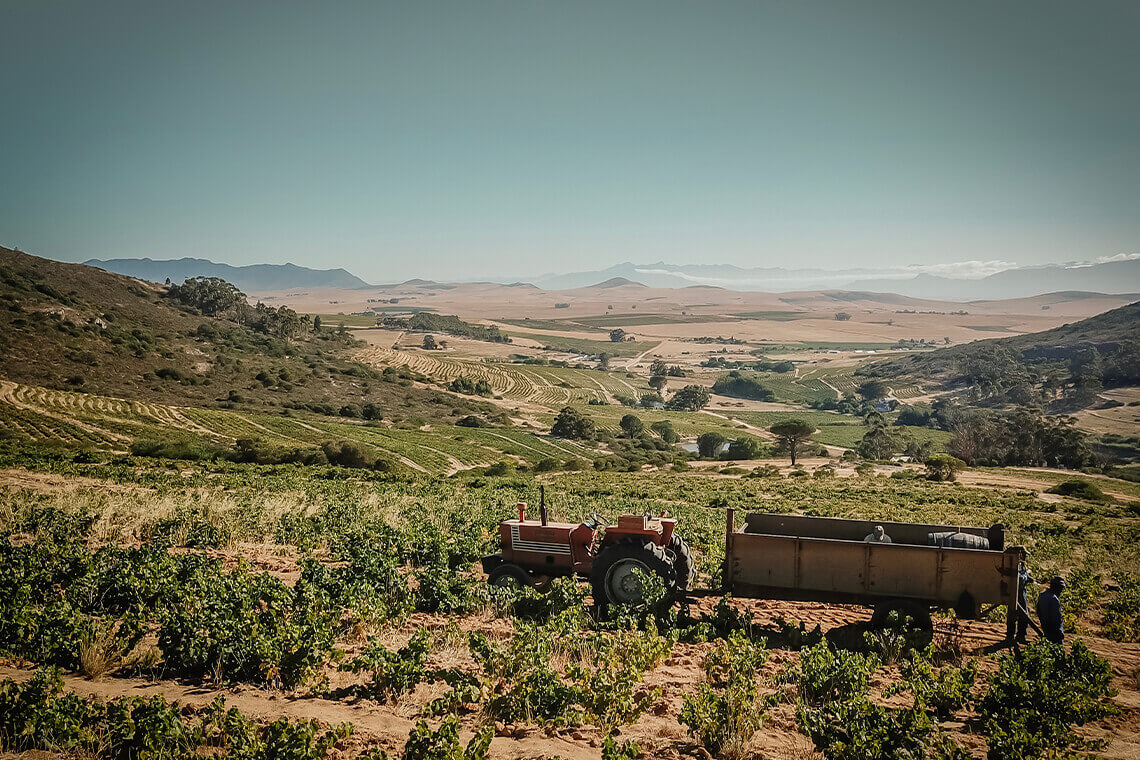 Jean-Claude (JC) Martin of Creation in the Hemel-en-Aarde Ridge says: “Grenache is sometimes described as the ‘Amazon of Wine’ and I tend to agree. It is a powerful cultivar which here at Creation delivers a graceful and may I add, statuesque wine. Grenache is remarkably versatile in the vineyard as well as in the cellar and is therefore found in more and more wine regions around the world.

“One of the exciting opportunities arising from our now fully mature, virus-free vineyards at Creation is the ability to select exceptionally high-quality pockets of grapes that provide the ultimate expression of terroir and release them in a single vineyard bottling. We have two single cultivar Grenache wines and one blend: Creation Sumac Grenache; the Creation Rosé and the Creation Syrah, Grenache.”

JC says the virus-free Grenache vineyard at Creation represents the first planting of this cultivar in the Hemel-en-Aarde.

He says “At Creation we produce a Syrah, Grenache blend which I like to refer to as a ‘sly chameleon’ due to its versatility and its ability to change personality depending on the occasion. Read more about Creation winery here.

JC says we will see more single varietal Grenache in future, with older vineyards producing better quality fruit, these wines have better intensity and flavor. The hardiness of this cultivar will stand it in good stead.”

Creation – Syrah/Grenache, Walker Bay is a blend of Syrah and Grenache. 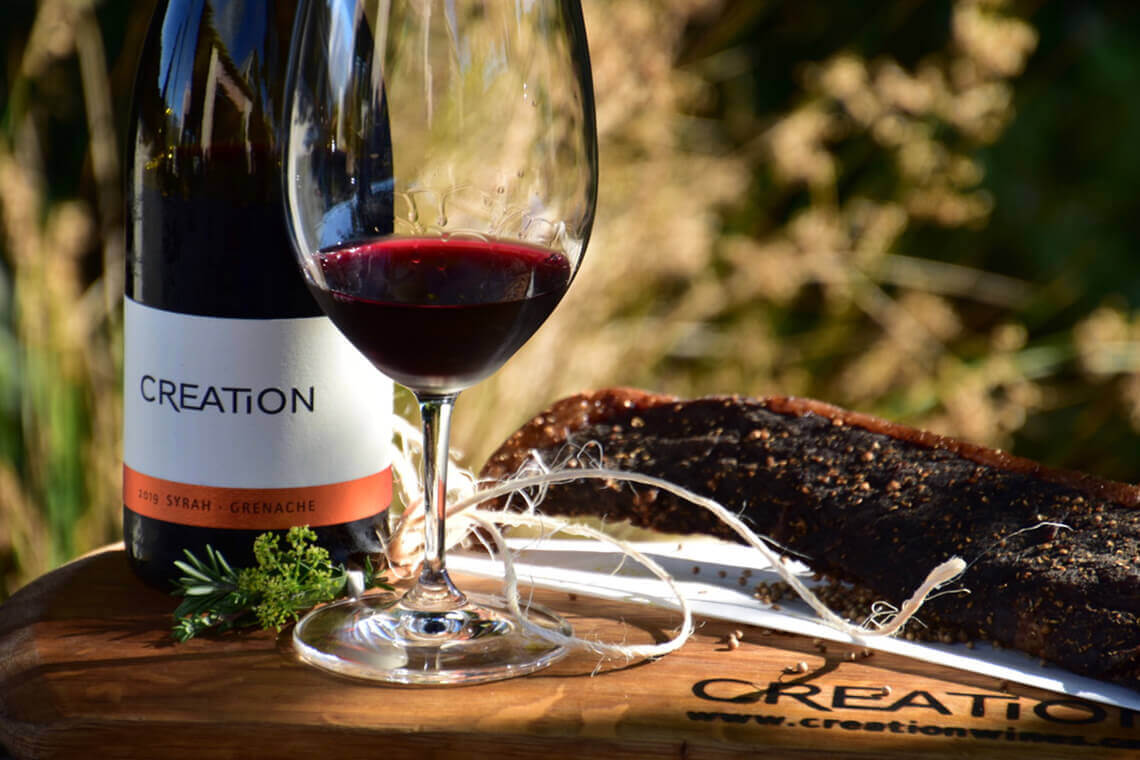 Single varietal Grenache to try, include the Momento Grenache made by Marelise Nieman. This wine will age for many years and Waterford Estate Grenache Noir with plush red cherry and exotic fruits on the nose, with touches of earthy clove spice. 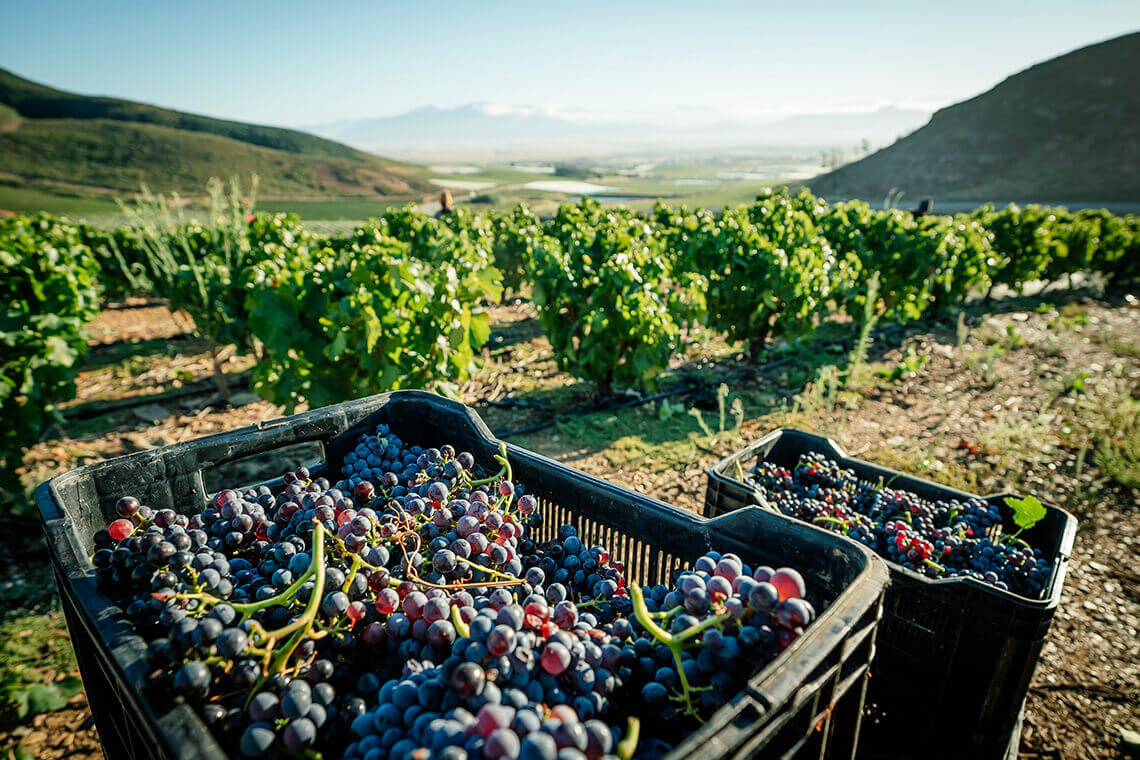 Grenache Grapes in the vineyards 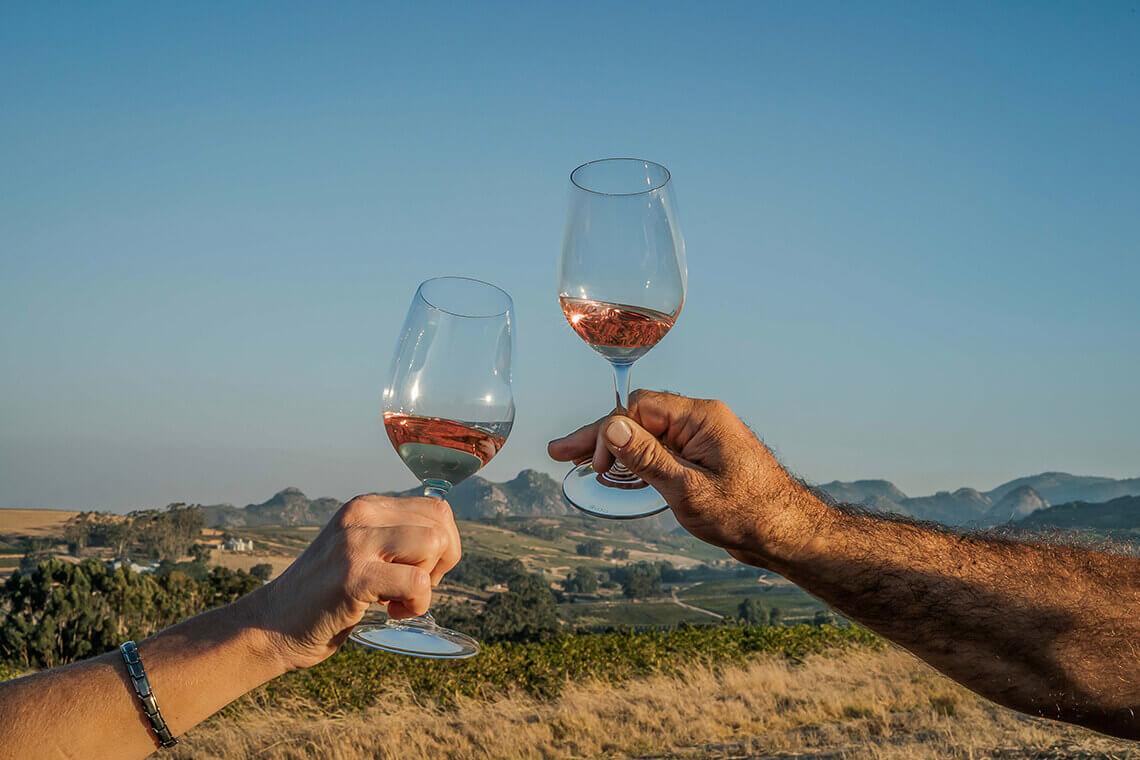 Gift giving is an expression of emotion. Joy, gratitude, love and appreciation. We share gifts in times of celebration a...