Cabernet Sauvignon is one of the world’s favorite red wine grape varieties. It is grown in nearly every major wine producing country among a spectrum of climates and is celebrated with International Cabernet Sauvignon Day on September 2.

Johan Jordaan, chairman of Cabernet Sauvignon South Africa says the classic profile of Cabernet Sauvignon tends to be full-bodied wines with high tannins and noticeable acidity that contributes to the wine’s aging potential, read more about how to age wine here. Its popularity is often attributed to its ease of cultivation – thick skins and hardy vines, naturally low yielding and resistant to viticultural hazards such as rot and insects. 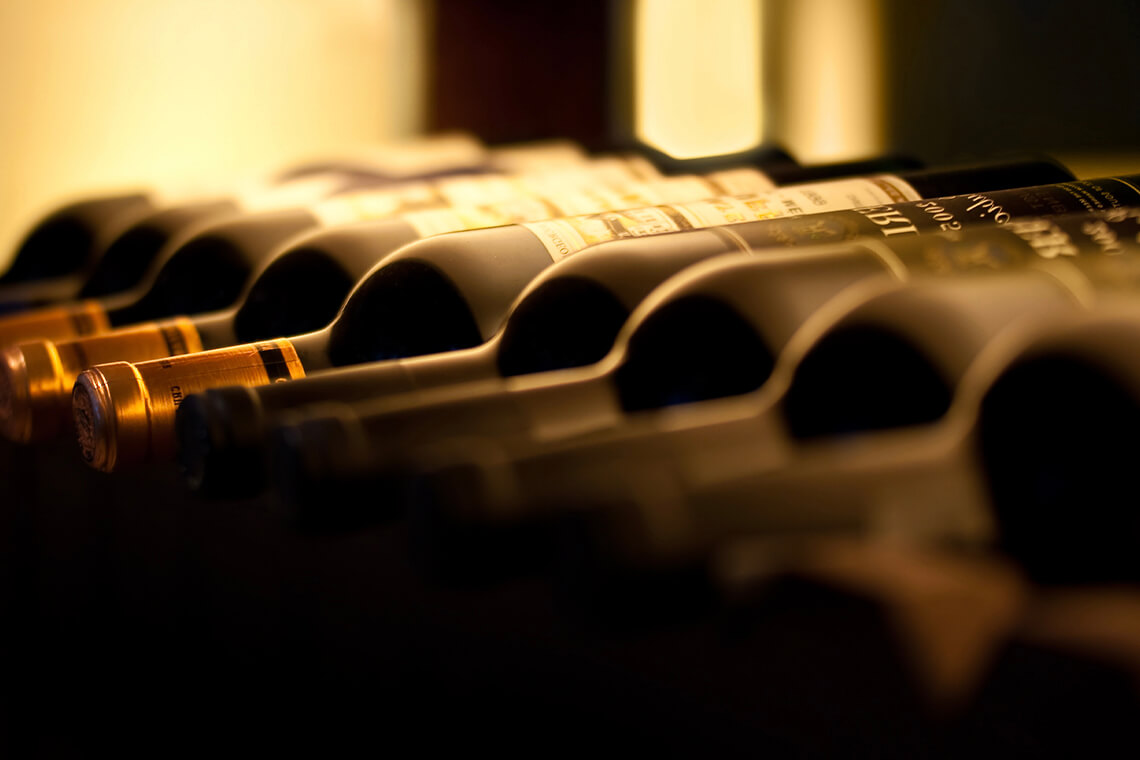 At the end of 2020, South Africa had 92 005 hectares under wine grapes. Cabernet Sauvignon represents 10,8% of all red wine varieties of which Stellenbosch boasts the most of 2963 ha. The appellation is famous for its world class Cabernet Sauvignon wines, with brands such as Ernie Els, Glenelly, Rust en Vrede, Thelema, Vergelegen, Villiera, Warwick and Waterford among the most popular ones. A total of 109.26 hectares Cabernet Sauvignon – mostly in Stellenbosch, Robertson and Breedekloof, were planted last year. 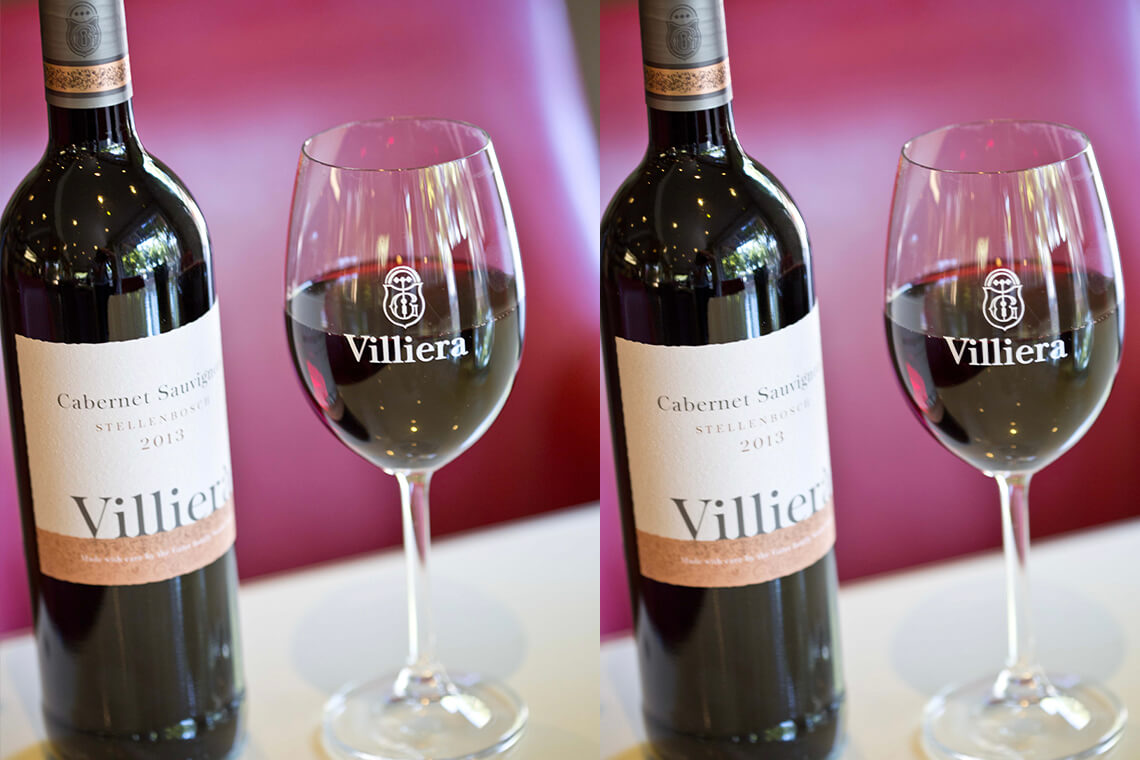 Vergelegen Estate, three times winner of the Great Wine Capitals Global Best of Wine Tourism Award, offers visitors an exceptional opportunity to view an array of 17 gardens, a choice of dining experiences, as well as unique garden and cellar tours.

When Willem Adriaan succeeded his father, Simon van der Stel, as governor of the Cape in 1700, it didn’t take long before he claimed a modest 30 000-hectare piece of land for himself just as his father had done in his time at Constantia. It took three days by ox-wagon to reach Willem Adriaan’s farm on the slopes of the Hottentots-Holland mountain range overlooking the Atlantic Ocean; hence its name “Vergelegen”, meaning “situated far away”.

Cellarmaster Andre Van Rensburg says he loves Cabernet Sauvignon and this already starts in the vineyard. “No member of the Vitis vinifera is as attractive as the Cabernet Sauvignon. Thick trunks, like a Springbok rugby player and remember, we are the current World Champions! The leaves are directly taken out the textbooks for ampelography, one simply cannot be confused to its identity.

“The DNA rules supreme and that follows through into the glass; bright red and black fruits, spices and the tannins that were absolutely designed for food. And then it ages so beautifully! Someone once said, “Great Pinot needs a great meal, but great Cabernet is a great meal”.

“Our Cabernet is sometimes closer to Napa than one would like to believe, very close to Western Australia and dead ringers for aged Bordeaux. Our Cabernets always retain a slight herbal note that does disappear with ageing and used to be a hallmark of Cru Classe Bordeaux till Robert Parker made an appearance. We have nothing in common with Chile except for the varietal name on the label.”

Andre says he prefers to pair Cabs and Cab blends with red meat, mostly lamb. “But an attractive substitute is a mushroom risotto because of the complexity of flavors which brings out the best in Cabernet. It is simple to make, not expensive, and can appeal to meat lovers as well.”

Rust en Vrede has been part of the Stellenbosch wine industry since 1694. The company and the estate are now headed up by Jean Engelbrecht and his family has specialized in producing only red wine with the focus on Shiraz, Cabernet, and Merlot. The underground cellar was the first of its kind for a privately owned South African winery. The temperature-controlled environment benefits the production and bottle maturation of unique wines. 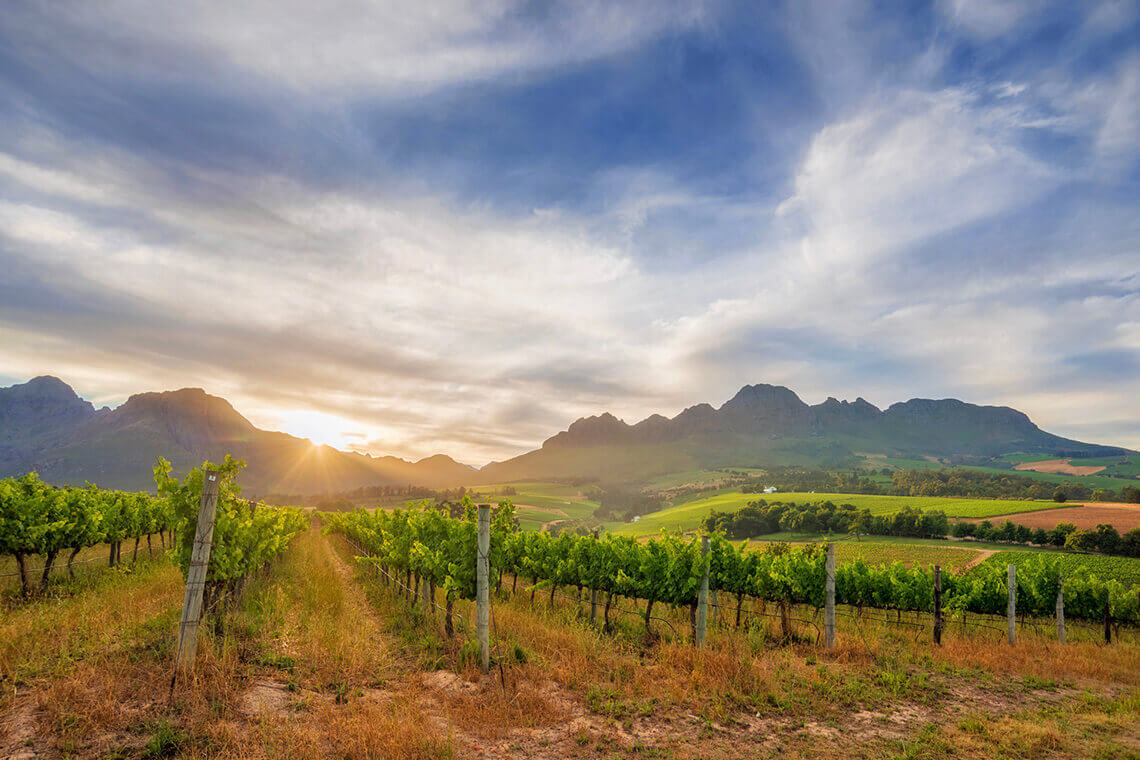 Jean says he enjoys drinking Cabernet for many reasons. “Firstly, it’s what I grew up with on the slopes of the Helderberg. It’s also a variety that expresses its origin and is most consistently of high intensity of the variety, while learning about how it differs in style when made in different parts of the world. It offers diversity within the typical varietal characteristics.”

He says at Rust en Vrede they are more inclined to go the traditional pairing route, to make sure that a food and wine pairing is the best it can be, rather than surprising. “I prefer my Cabernet with lamb, or picanhna cooked by our chef, Fabio Daniel. That said, I have been pleasantly surprised by one of our Cabernet’s paired with a chocolate dessert.” 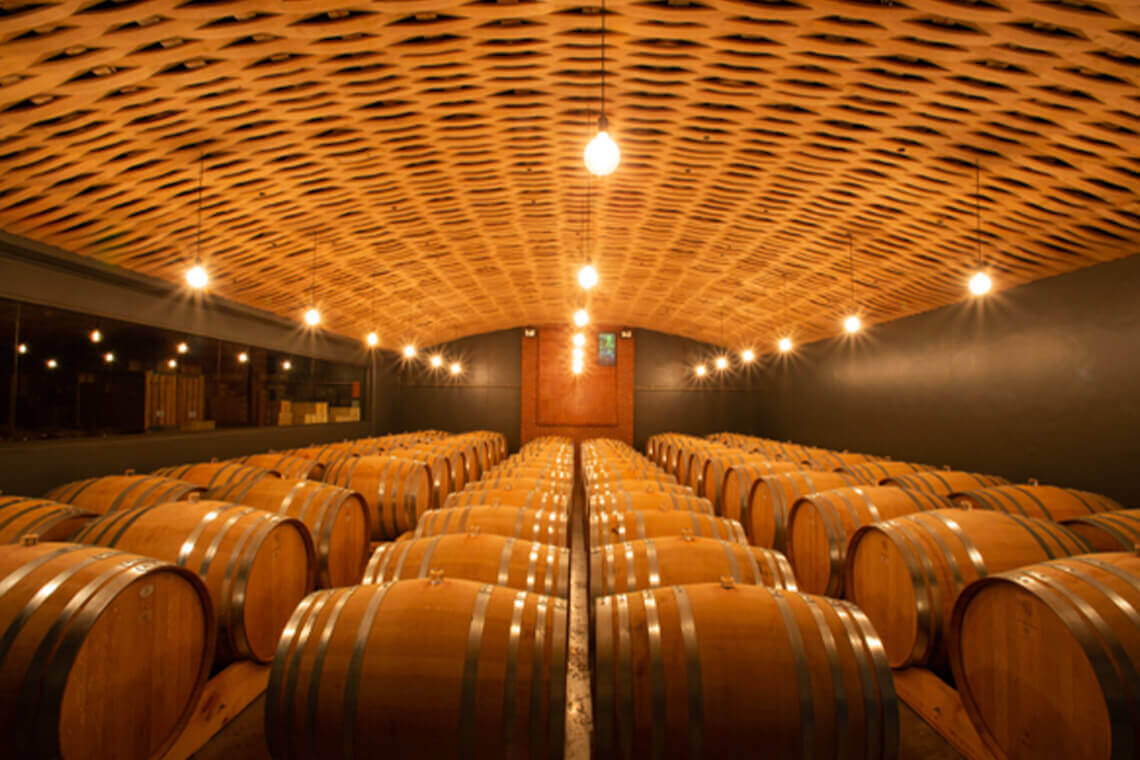 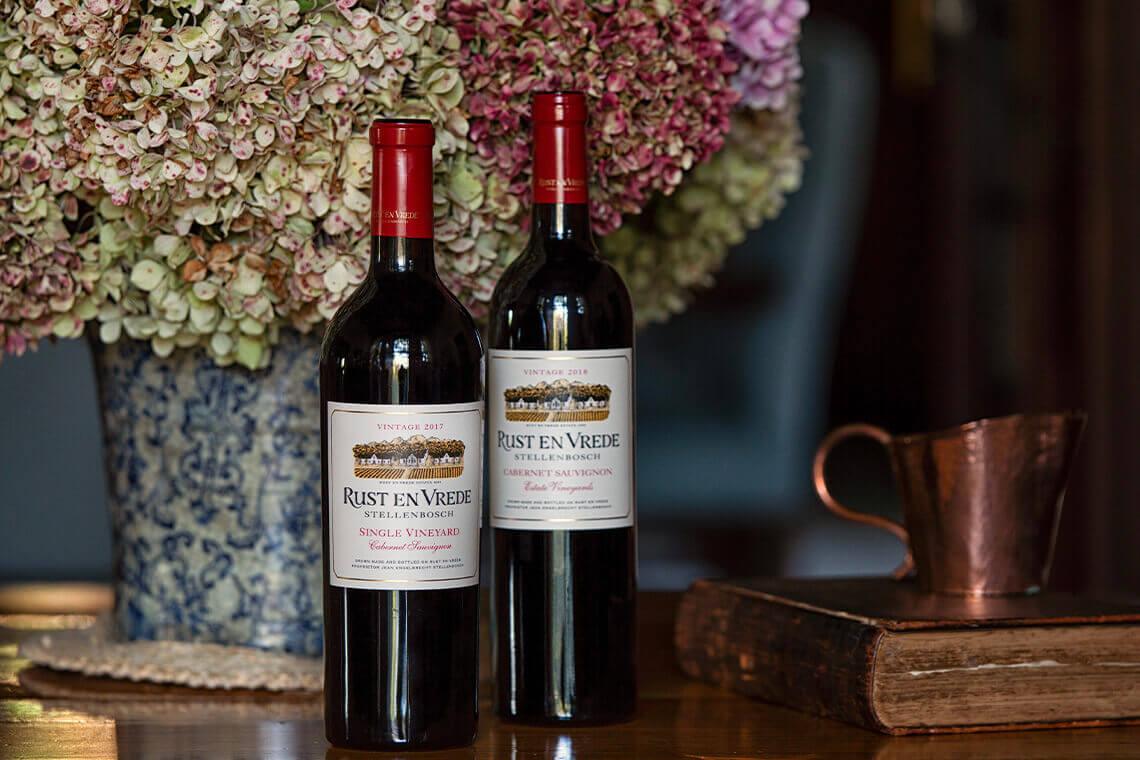 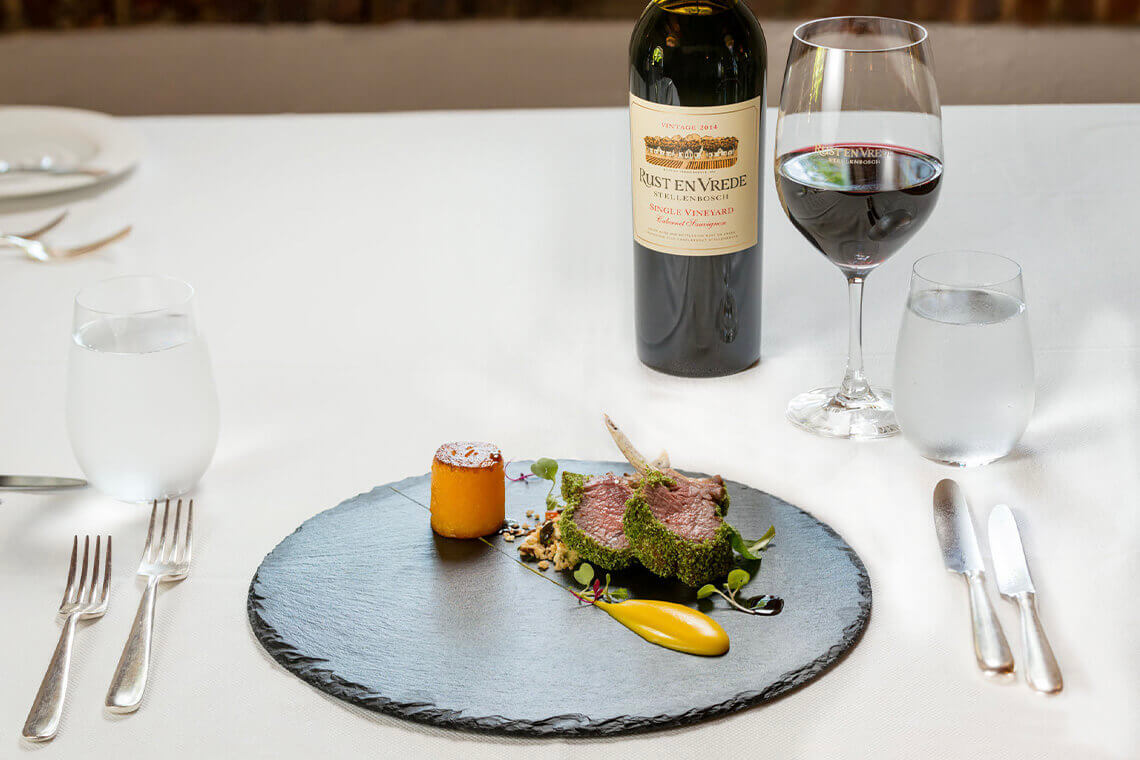 Rack of lamb with eight ribs

Salt and pepper to taste

Preheat oven to 180°C. Peel butternut and slice into eight rounds 3,5cm thick and 5cm in diameter. Keep the offcuts aside. Place the rounds with the butter garlic and thyme in a pot on the stove and just cover with water. Simmer on medium to high heat on the stovetop until all the water has evaporated and the butternut is cooked through and has a bit of a crust on the bottom. About thirty minutes. Let it cool for about five minutes in the pot and remove.

With the offcuts of the butternut, boil or steam until soft and process in a food processor until smooth with a knob of butter for flavor and shine. Add saffron to taste.

While the butternut is cooking, slice the ribs into eight portions and sear it for color in a pan.

Place the lamb in the oven on a tray with some olive oil and rosemary for about 8-10 minutes for medium-rare depending on the oven.

Make the couscous by adding boiling water to the dry couscous and cover for about 5 minutes. While the couscous is swelling, toast the sunflower and pumpkin seeds in a pan. Fluff the couscous with a fork and add the toasted seeds and cubed feta. Add in the pomegranate pips and toss.

Work the panko crumbs, parsley and salt and pepper in a food processor. Crust the lamb with the crumbs. Place the couscous, butternut purée and lamb on a plate to serve. 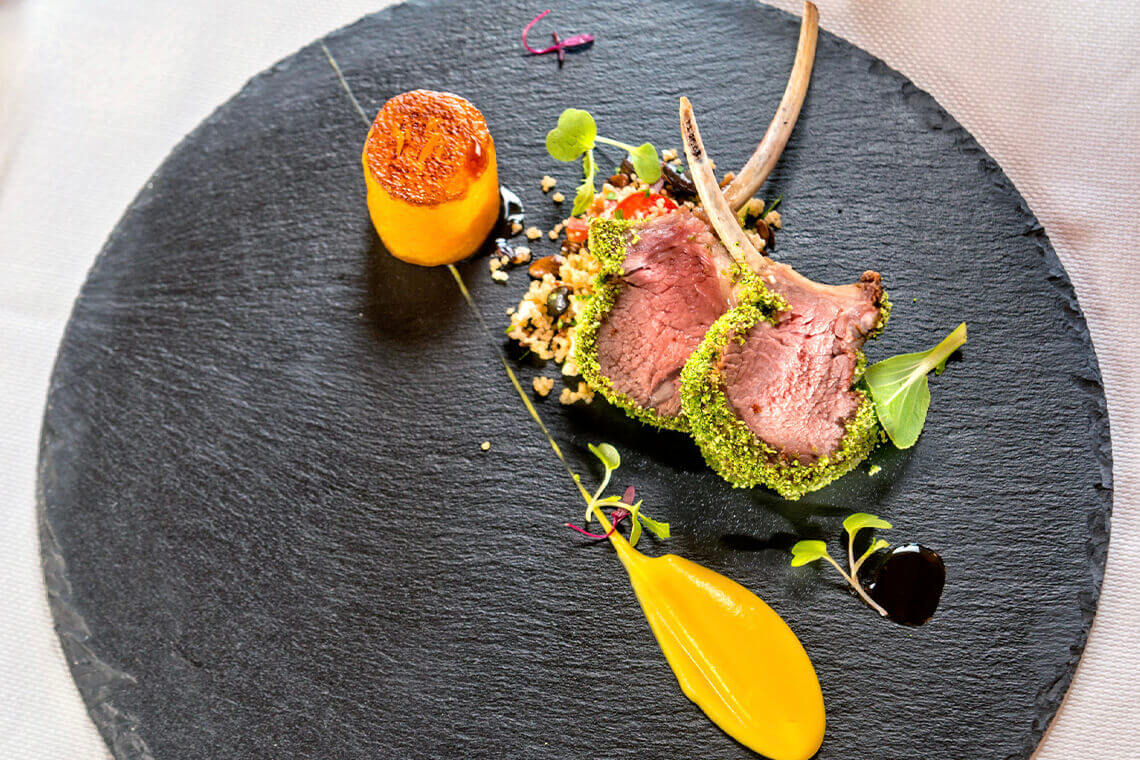 How do you know a wine needs more time in the cellar?

Wine is made with intention. Fresh, crisp and fruity wines ideally enjoyed young and perfectly chilled whereas deep, ric...