All roads in Graaff-Reinet lead to the historic Drostdy Hotel dating back to the early 1800s – not only because it is in the heart of the town, but also because it has the best wine collection and food served in the Great Karoo. 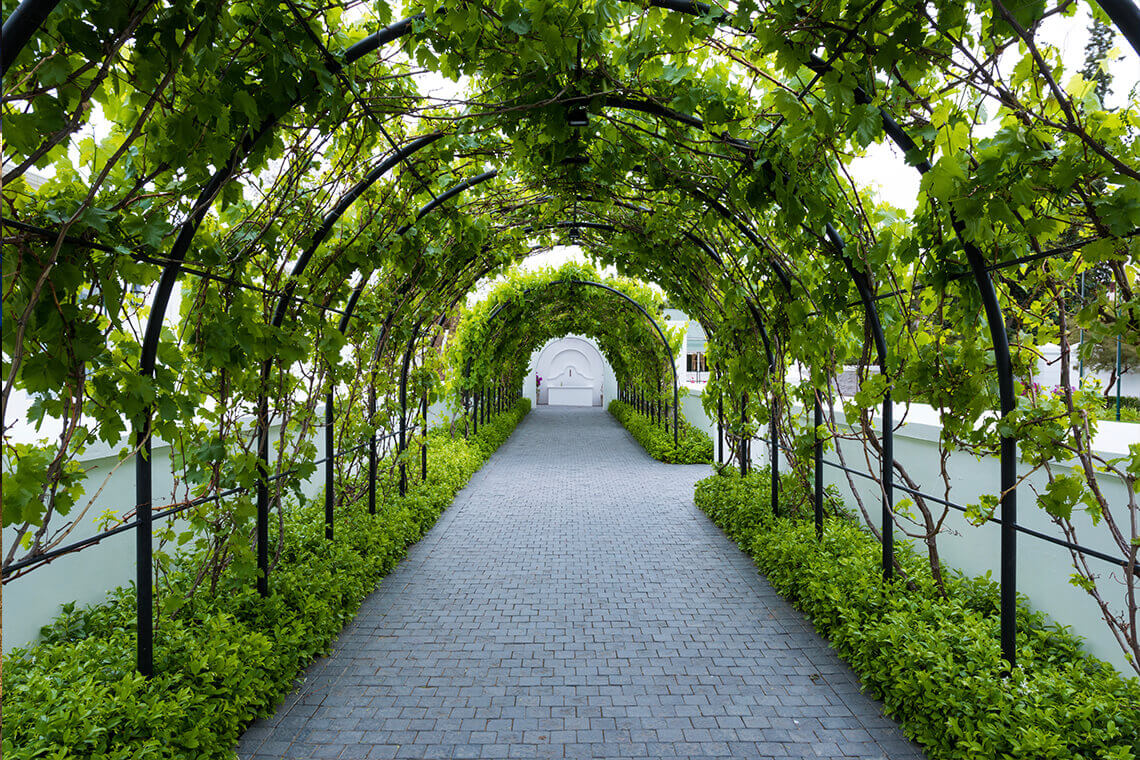 All roads lead to the Drostdy Hotel

Graaff-Reinet lies in the Eastern Cape and was established in 1786 and is South Africa’s fifth oldest town after Cape Town, Stellenbosch, Paarl and Swellendam. Named after then-governor of the Cape Colony, Cornelis Jacob van de Graaff, and his wife, it was originally established as a trading post to expand trading inland from the Cape Colony. 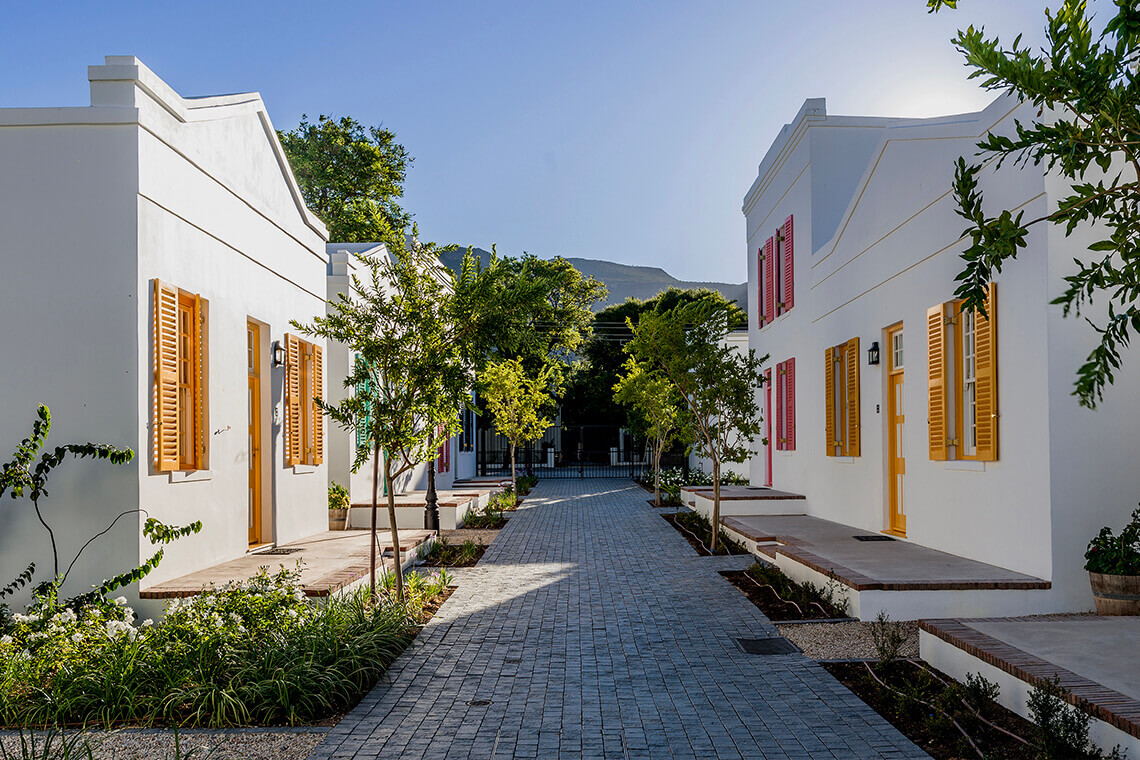 Gorgeous architecture can be seen all around Graff-Reinet 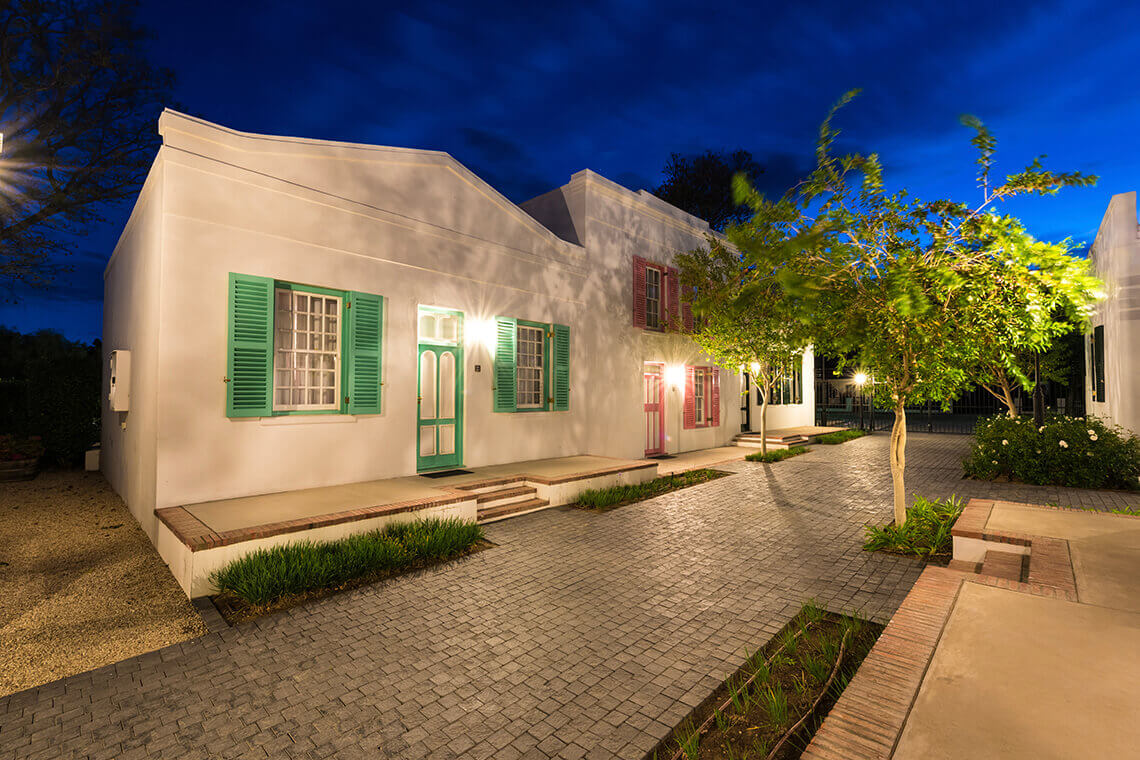 Today it is known for more than 220 heritage sites with a blend of Cape Dutch, Victorian and Karoo architecture. Uniquely, the town is surrounded almost entirely by the Camdeboo National Park which boasts spectacular wildlife and natural scenery. It encompasses the world-famous Valley of Desolation, a geological phenomenon that is the result of volcanic and erosive forces over 100 million years. It is characterized by sheer cliffs and columns of dolerite that rise up to 120 meters from the valley floor. The viewing platform offers views of the expansive Camdeboo valley. 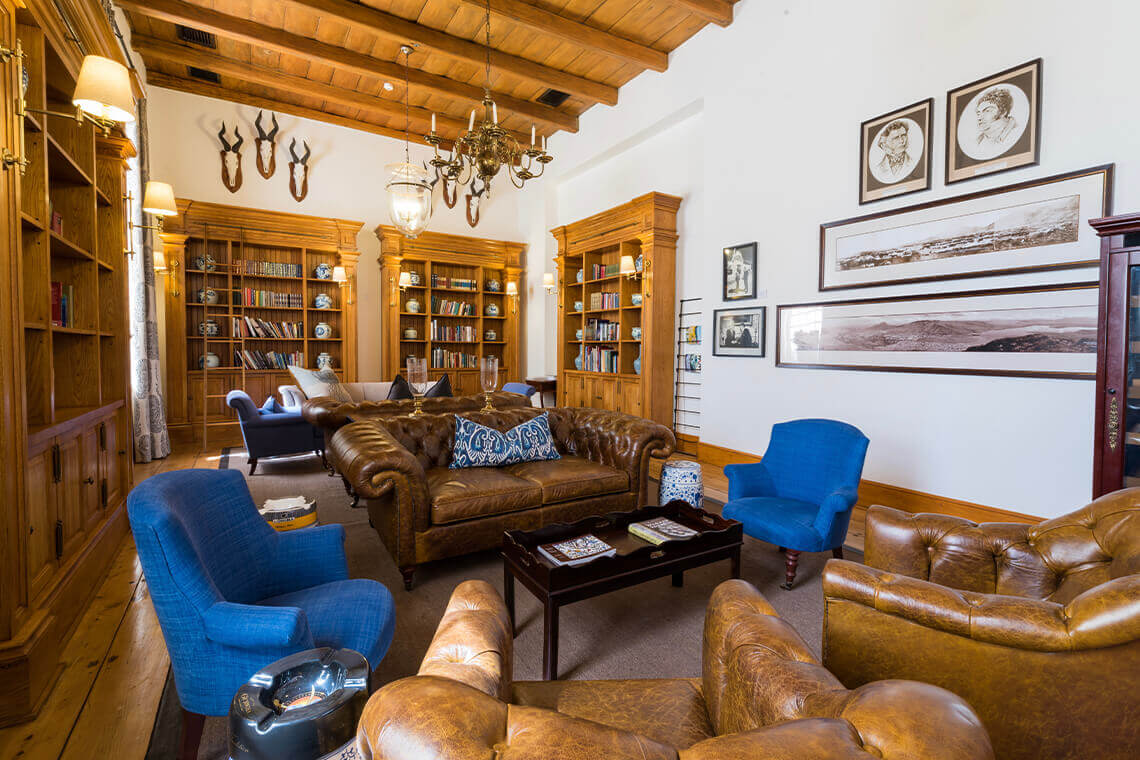 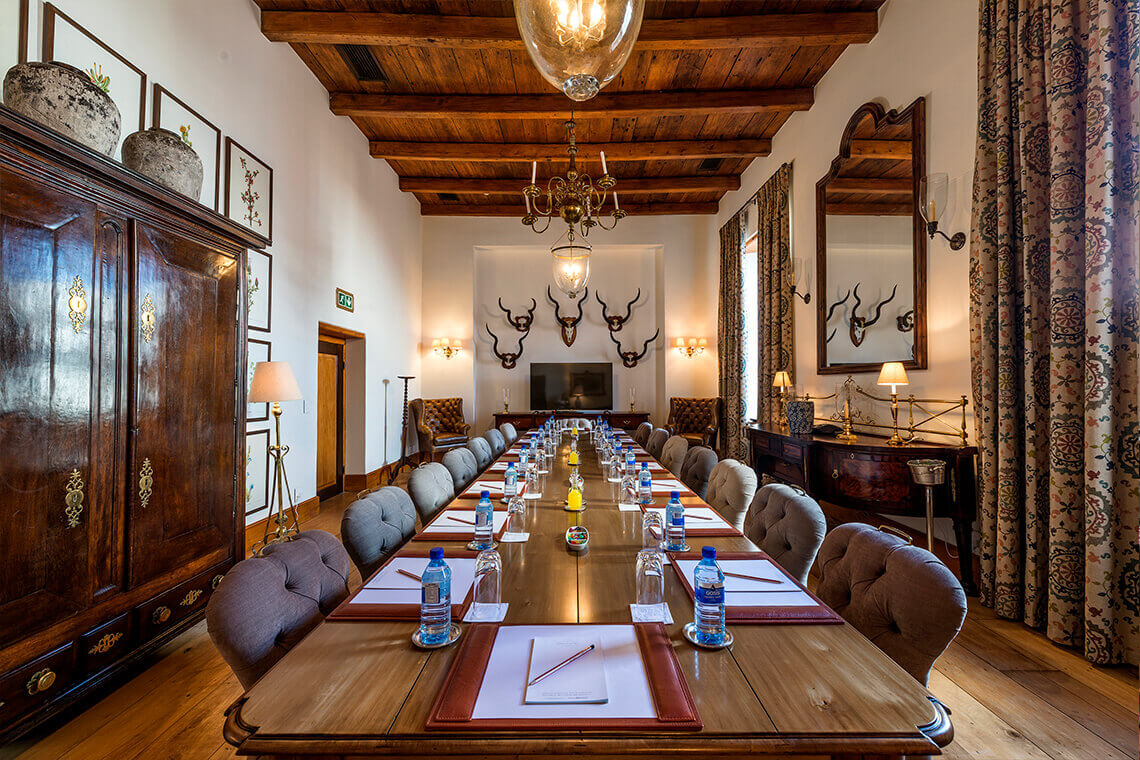 The original Drostdy was built in the early 1800s and was initially used for government business and housed the local magistrate. In 1878 it was acquired by Henry Kromm who converted it into a hotel. The building was restored to its original Cape Dutch style in the 1970s after it was acquired by the Oudemeester Group of Dr. Anton Rupert in association with his Historical Homes of South Africa company. It was declared a national monument in 1987. The five-star hotel underwent large-scale refurbishments in 2013 and was reopened the following year under the management of Newmark Hotels. Although it bears modern touches and a contemporary atmosphere, it remains true to its roots with furnishings and antiques that honor its past. 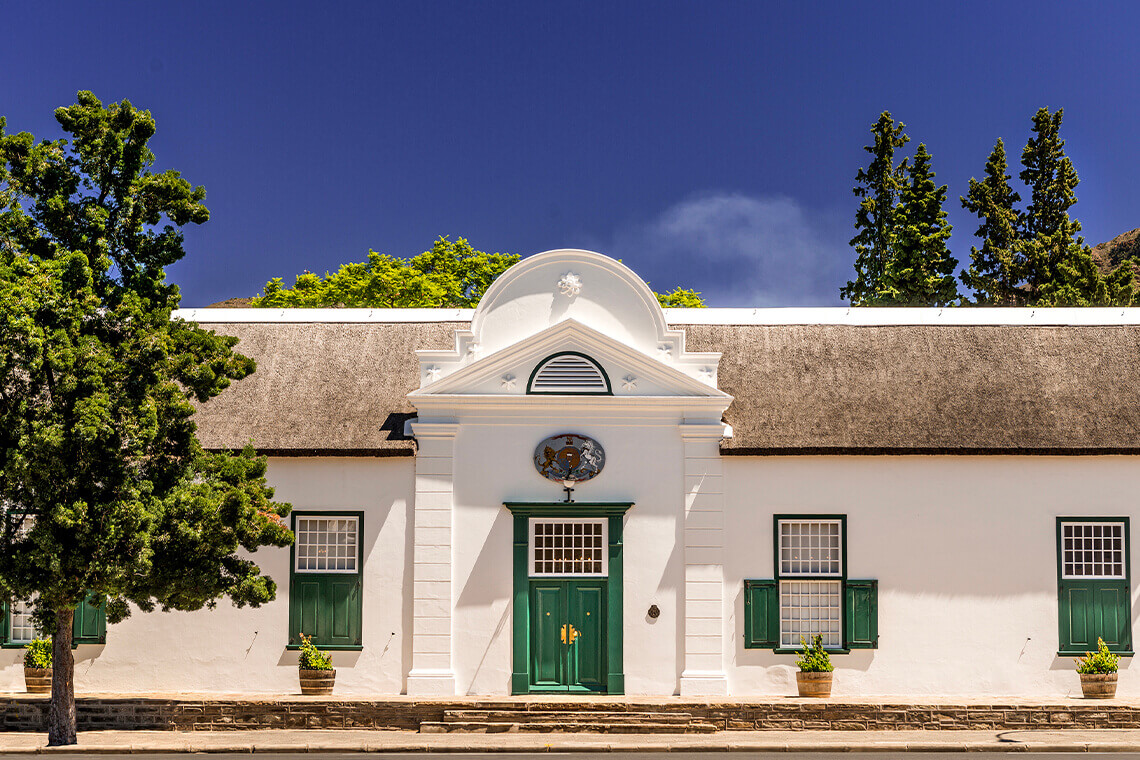 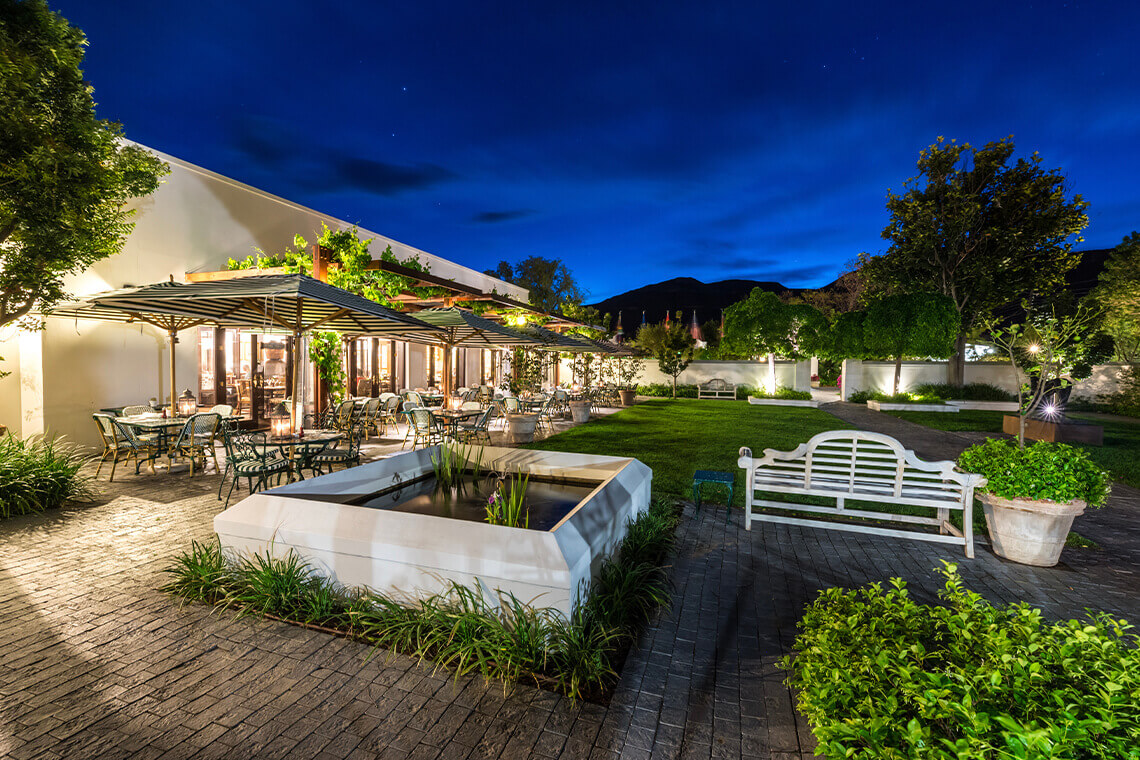 The hotel won the Overall Heritage Award at the South African Property Owners Association Innovative Excellence in Property Development Awards 2015 and in the same month also became a proud first-time recipient of TripAdvisor’s Certificate of Excellence. 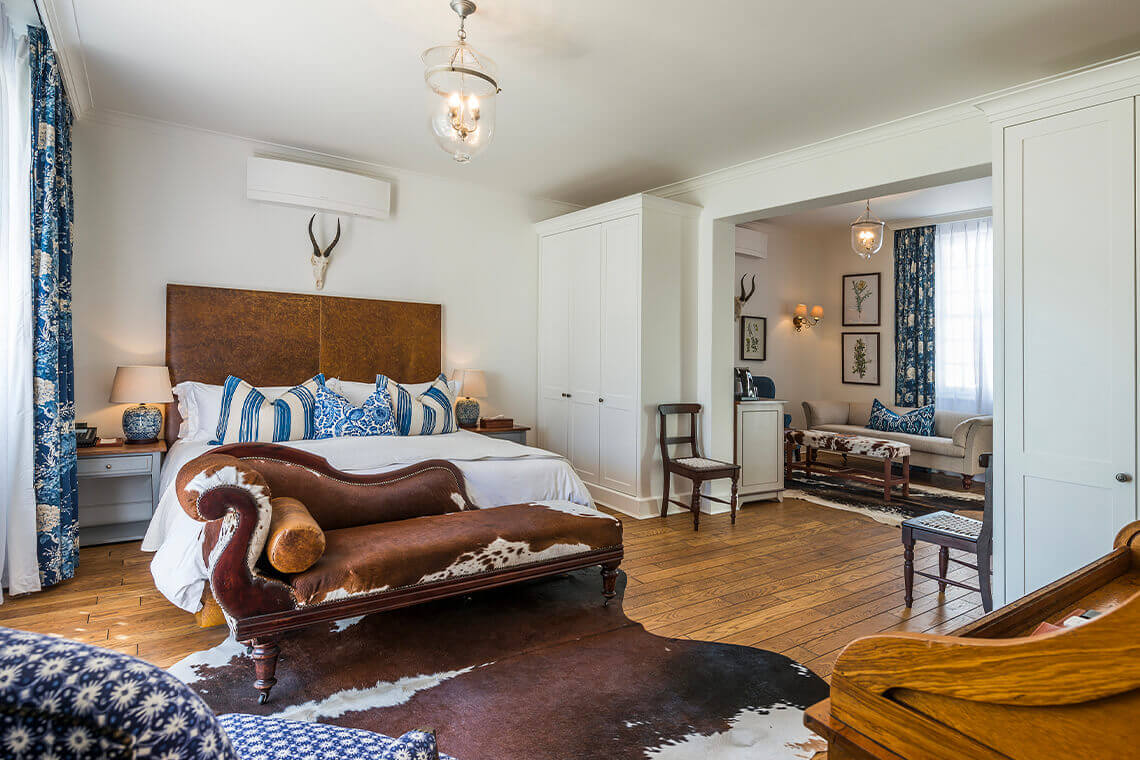 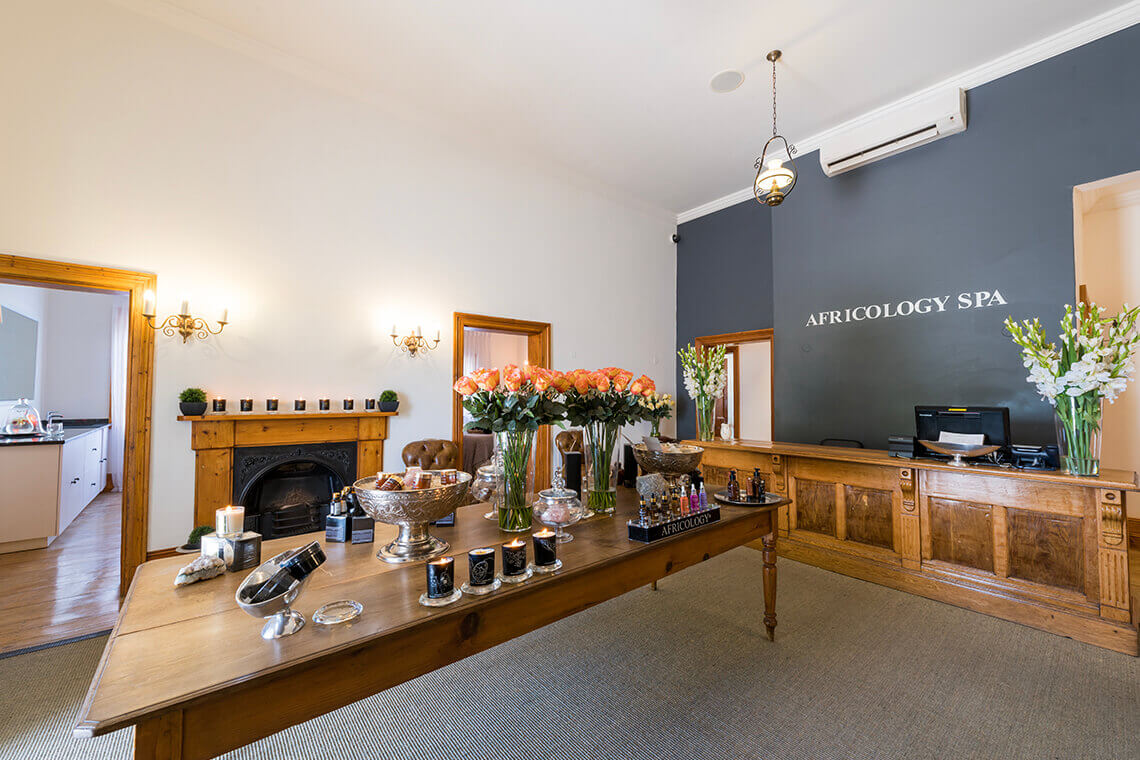 Treat yourself to a pamper day at the exquisite spa

The hotel offers 48 luxury rooms, three outdoor pools, Africology Spa and Karoo dining at De Camdeboo restaurant, with a formidable wine collection. The hotel’s vinoteque is a treasure trove of rare and old wines.
There are more than 60 different wines in the maturation cellar, including international wines from Argentina, France, Germany, Italy, and Spain with labels such as Chateau Lafite Rothschild Paulilac 1998, Chateau Margaux Margaux 1998 and Chateau Latour Pauillac 1985. 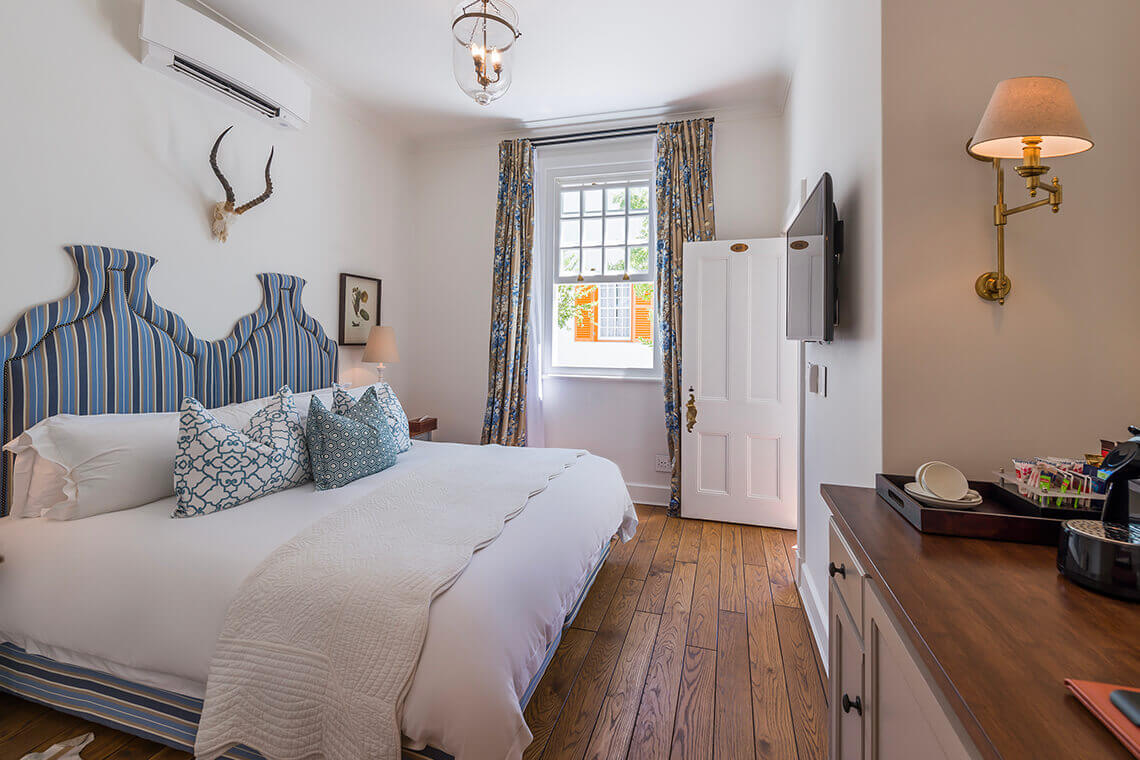 Luxury sleep at its finest 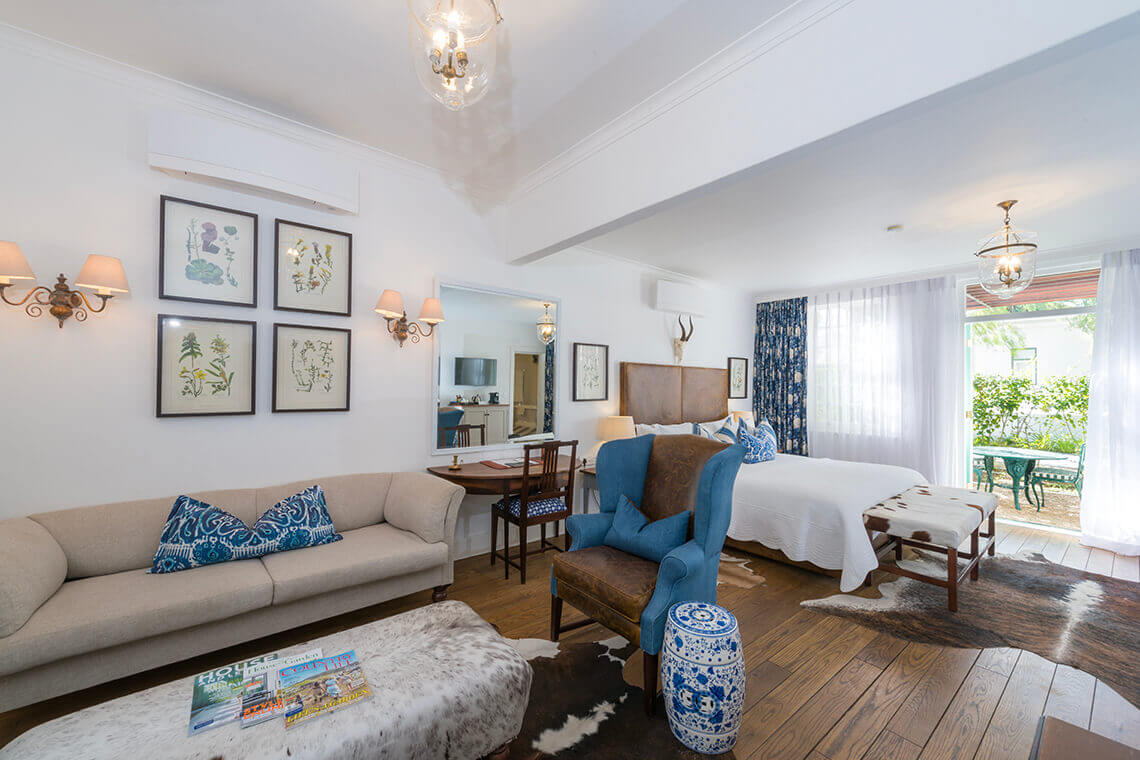 The perfect spot to relax and read a book

The sommelier and food and beverage manager Pieter Arendse is at hand to help with a cellar or vinoteque tour or wine choices. Next to the Church Street entrance, the hotel offers a wine shop, the De Camdeboo Wijnkamer, with wines and spirits from the Rupert Family’s La Motte, Leopards Leap, Anthonij Rupert and L’Ormarins wineries. It also stocks selections from brands including Waterford Estate, Rust en Vrede, Tokara, and De Morgenzon. The wine shop is a participant in the annual Karoo Wine Club’s Stoep Tasting held in May every year where nearly 50 wine estates and a few breweries and craft gins participate. 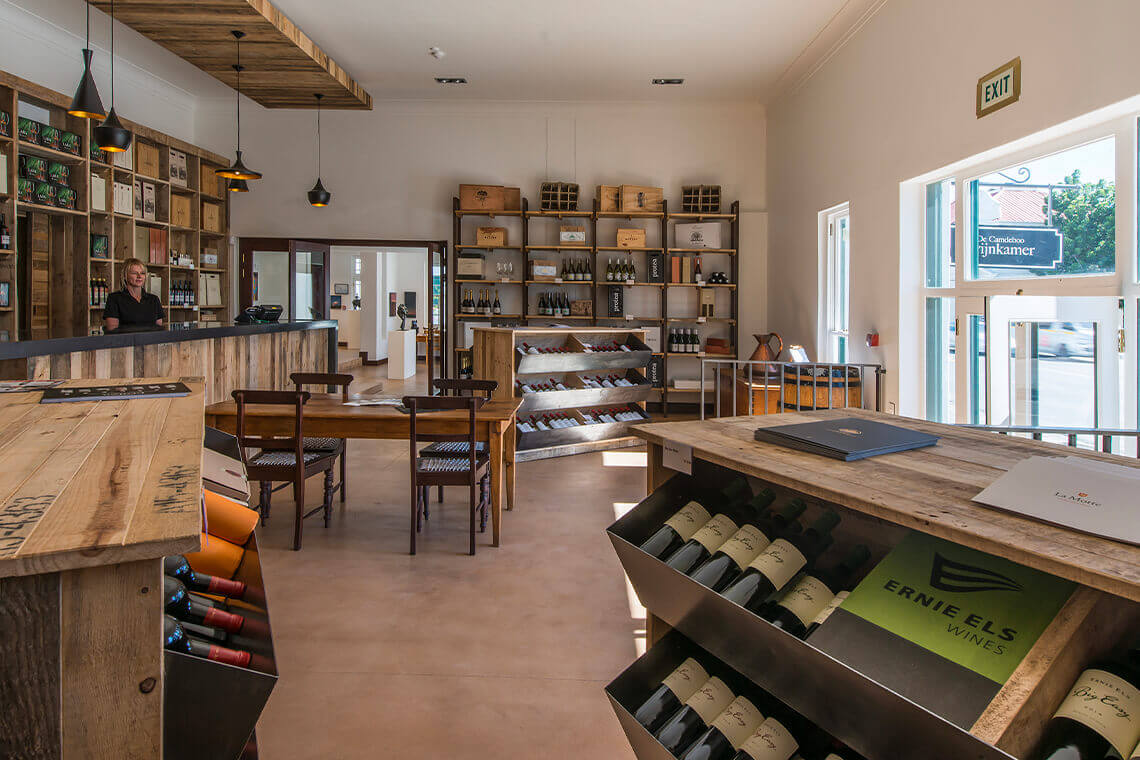 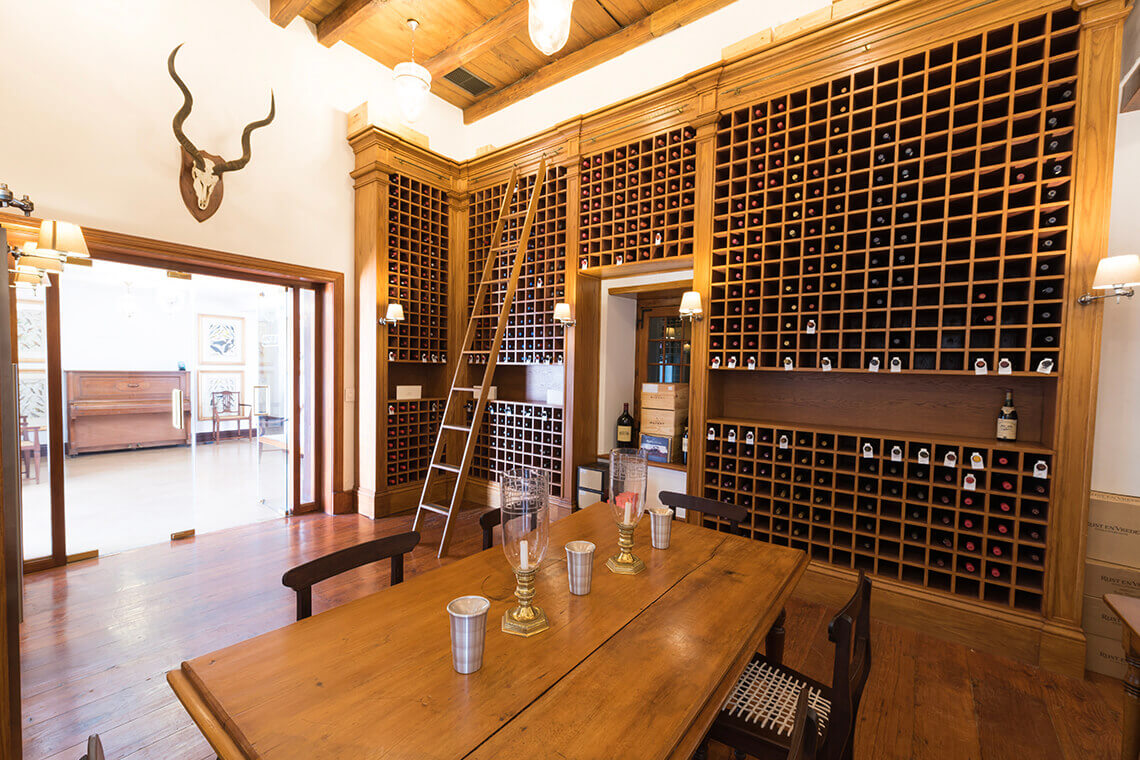 Wine cellar tours are also availble at the hotel 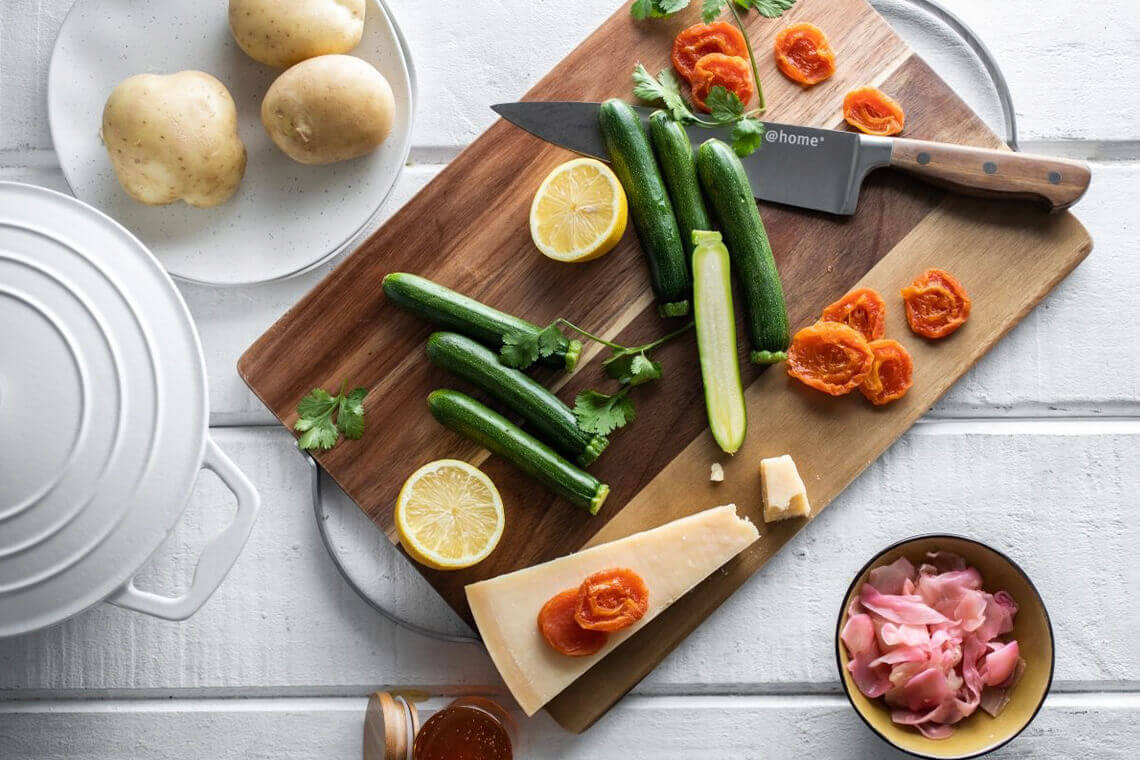 Food prep for the grilled venison

Season the venison with salt and pepper to taste. Heat a frying pan with the oil and butter and fry the venison on medium-high heat for about 10 minutes or to your liking. Remove and set aside to rest until needed. Slice and serve.

For the Zesty Courgette Puree:

Heat a pan with the butter, add the courgettes, lemon zest and juice and cook for about 10 minutes. Season with salt and pepper, to taste. Blend until smooth.
For the Potato Dauphinoise:
Preheat the oven to 180°C. Layer the potatoes in a baking tray, brushing with butter, adding seasoning and sprinkling with some parmesan. Continue until all ingredients are used. Bake in the oven for about 40 minutes or until cooked and golden.
For the Salsa:
Combine all ingredients in a mixing bowl and season with salt and pepper. 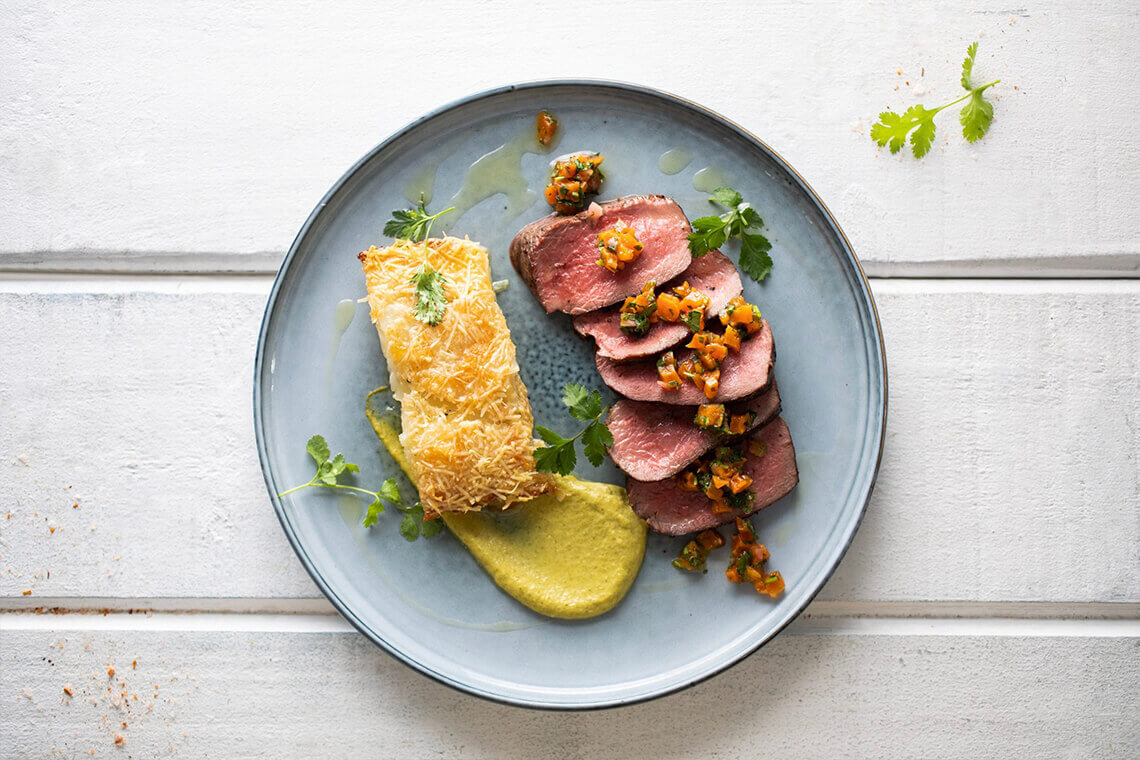 Plate all components of the dish to your liking. Watch the step by step video here 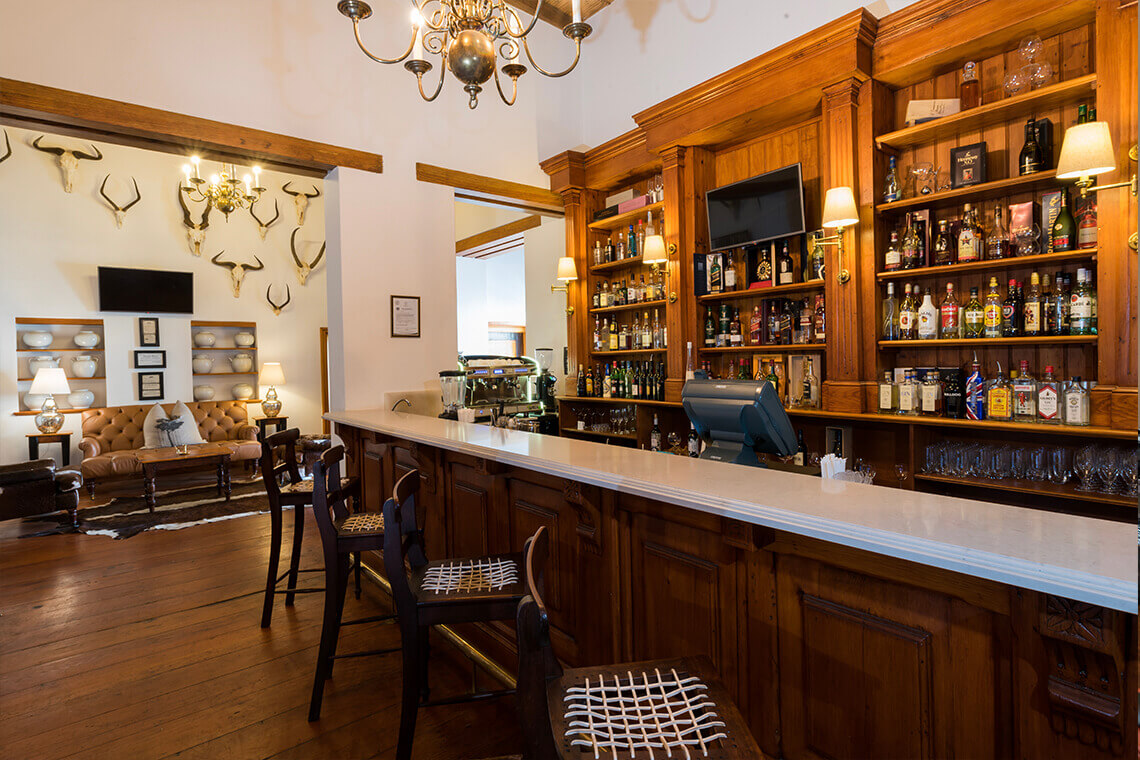 The hotel that has everything you need

Follow Sip & Read to learn more about exceptional wine Destinations around the world, like this special safari getaway.

Roam Private Game Reserve near Beaufort West is located on 5500 hectares of scrubveld in the Great Karoo, an ancient and...

Revive your body, mind and soul in a 5-star natural 296-acre park offering the real island breakaway at Constance Epheli...